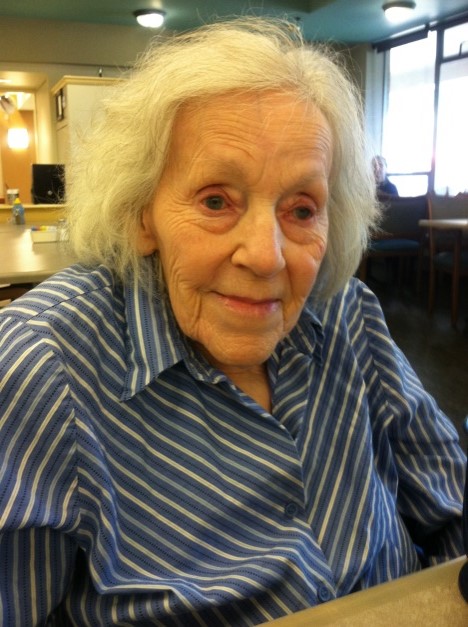 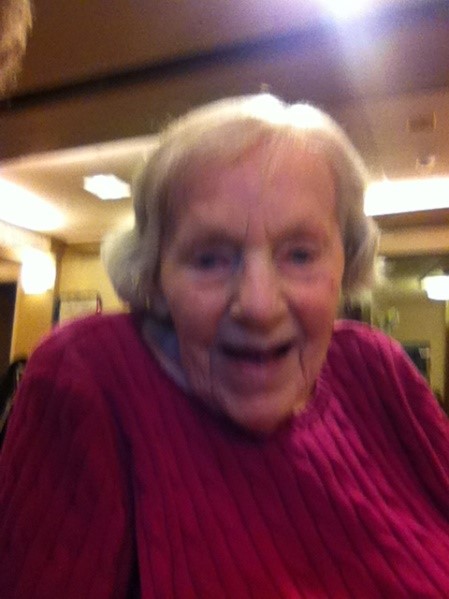 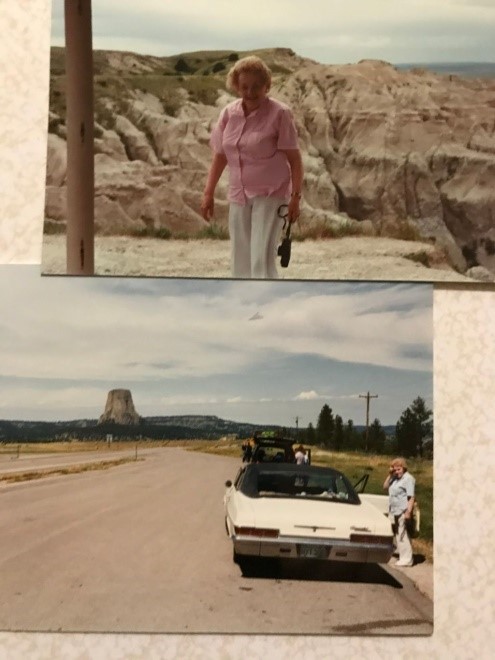 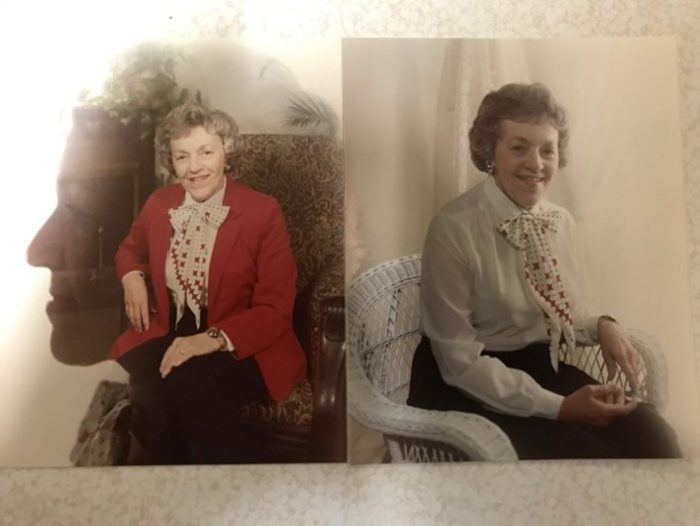 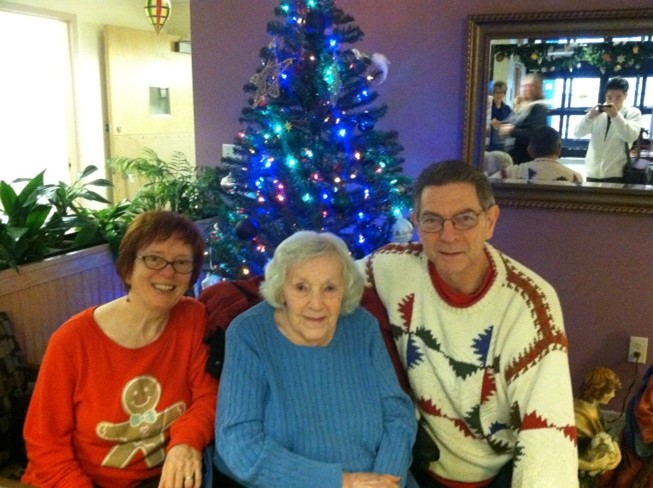 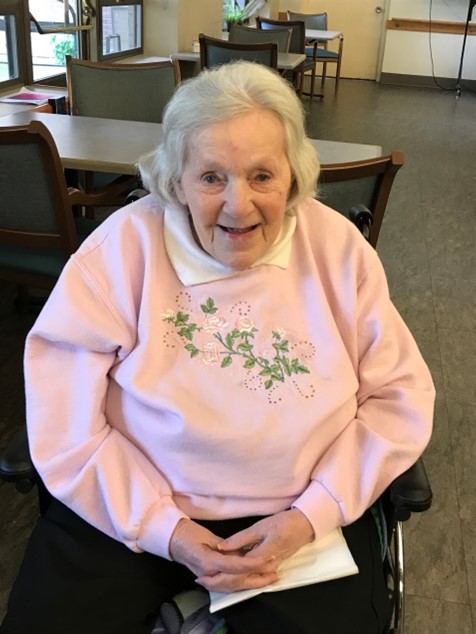 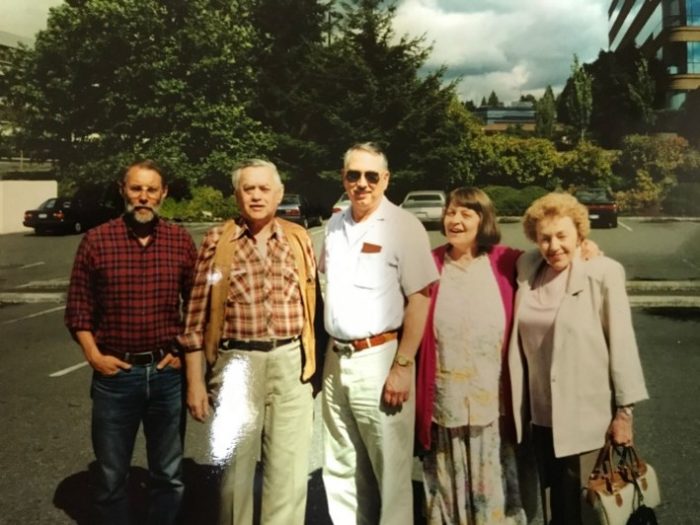 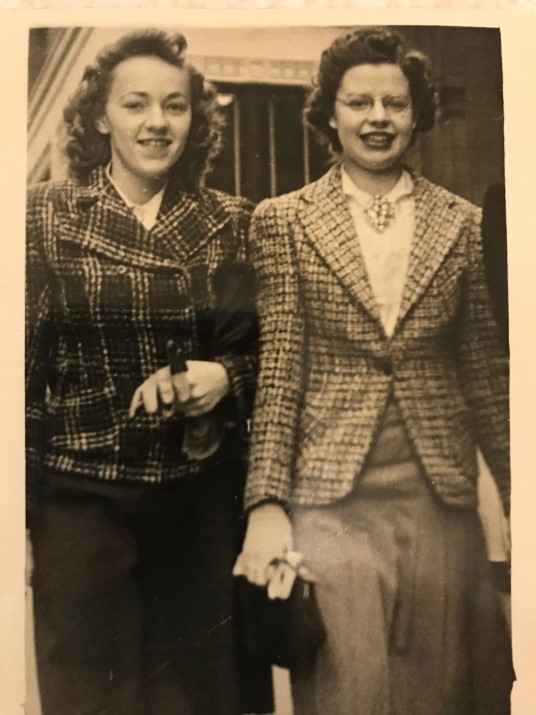 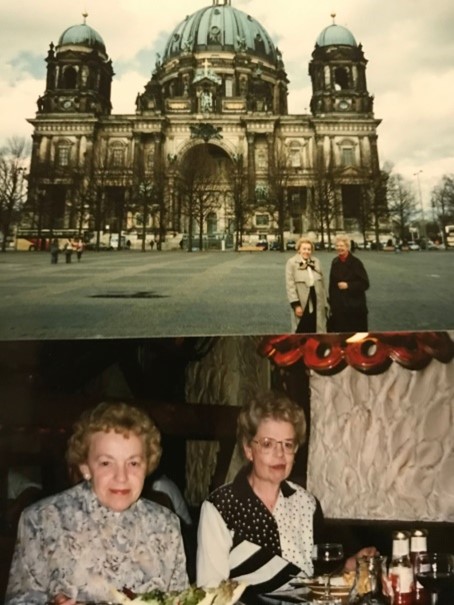 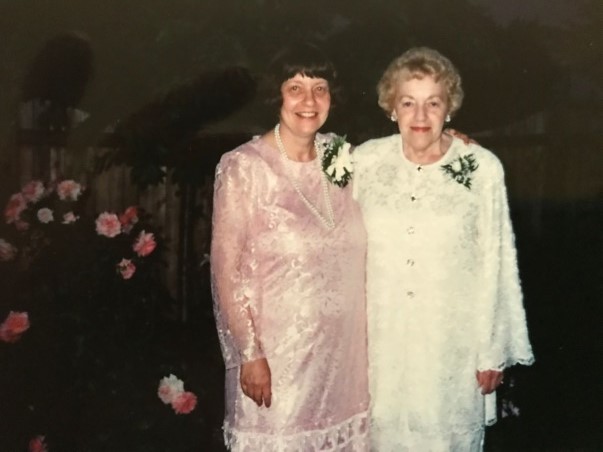 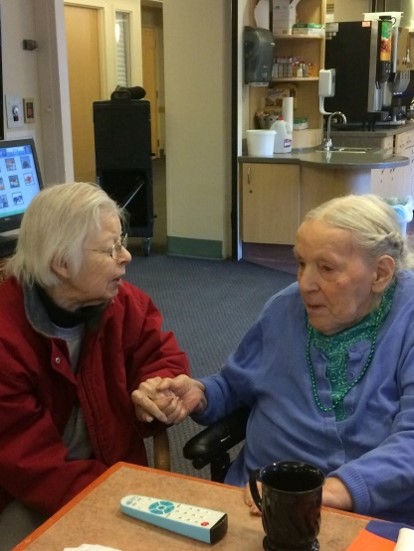 Mom and Her Friend Betty 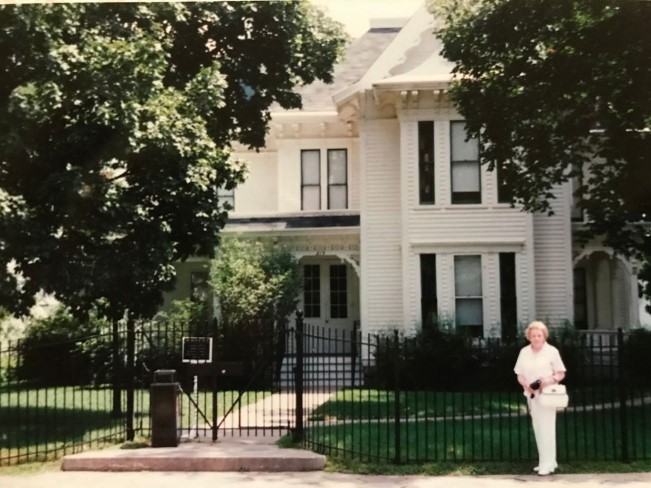 Mom in Front of Tuman's Home 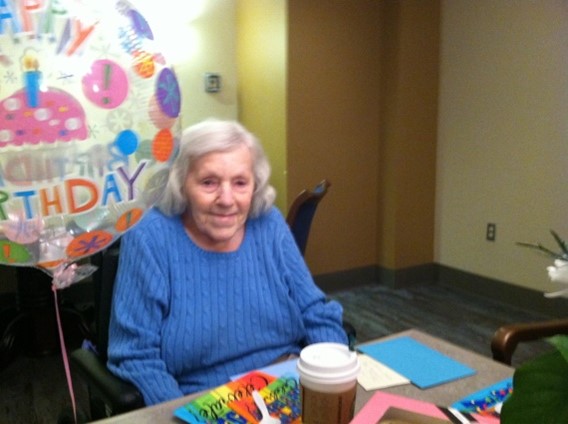 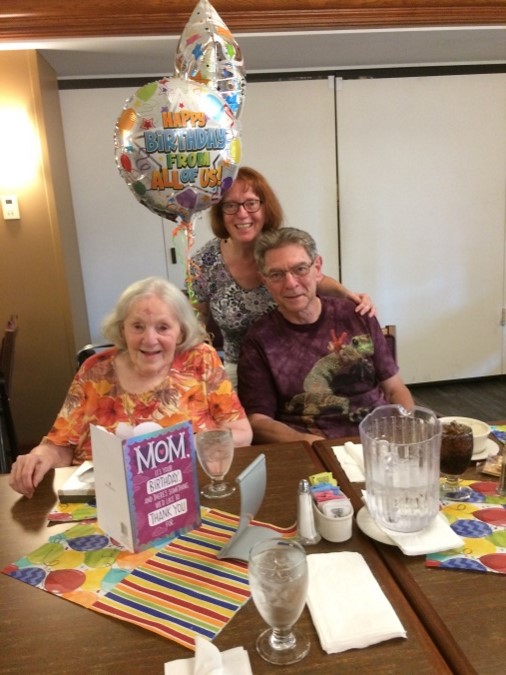 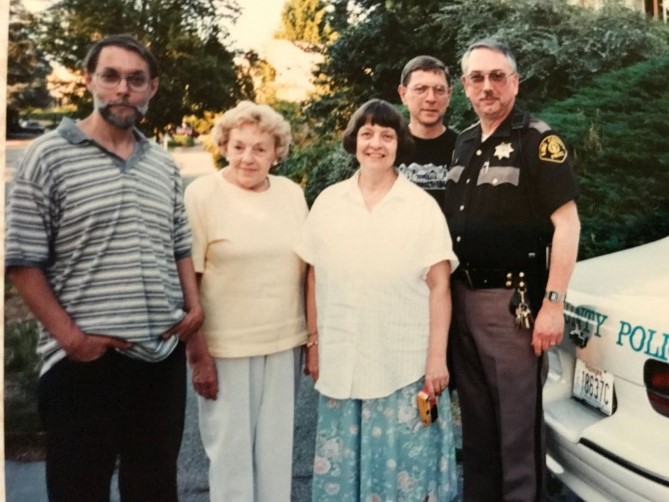 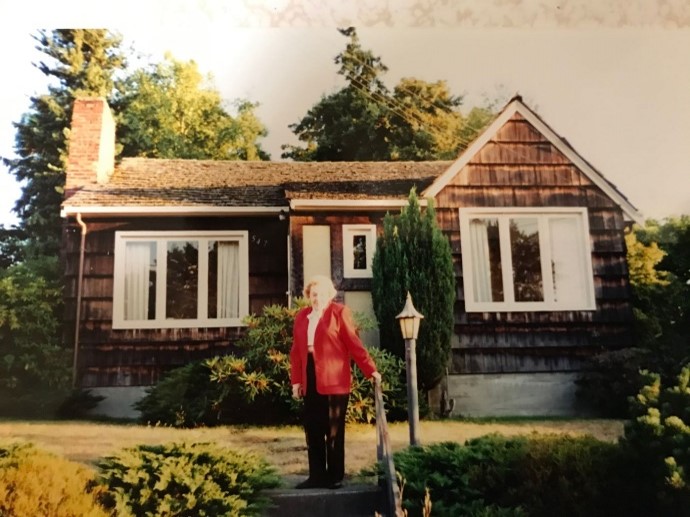 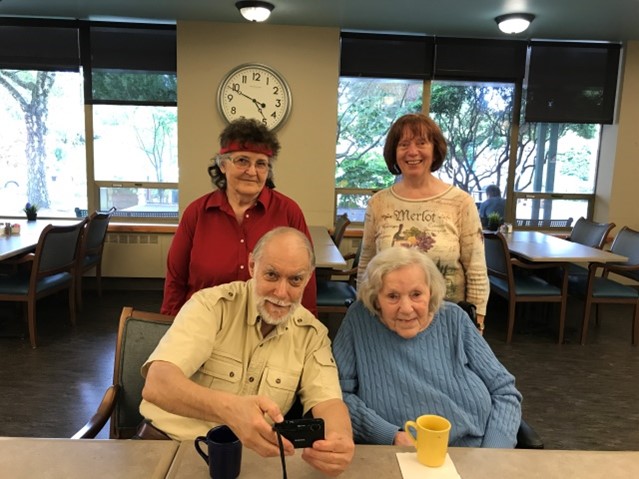 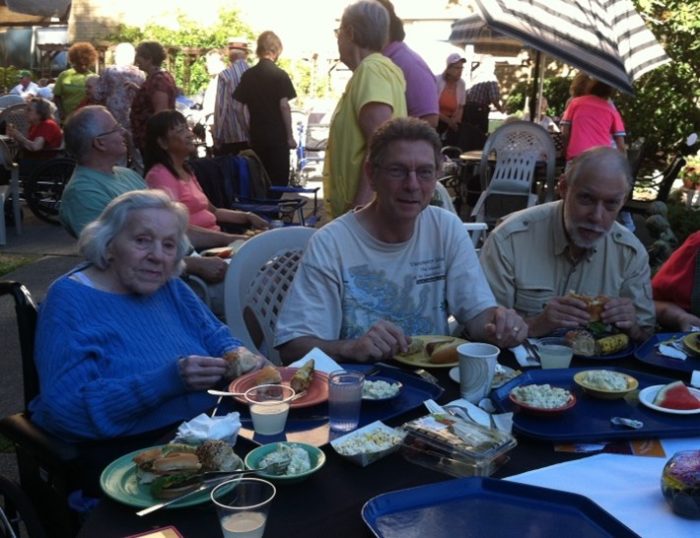 Helen Pfister was born and raised in Seattle, the fourth of five siblings. One sister died in infancy; she had two other sisters and a brother.  She graduated from Ballard High School in 1941. Her father emigrated to the U.S. from Switzerland which allowed her to become a dual citizen later in her life. She had plans of going to New York City when she became engaged to the love of her life that summer, a man in a sailor suit was introduced to her six months prior – Richard Lamb. They were at Golden Gardens Park when he asked her if she’d like a ring on her finger; that was his proposal. His mother and Helen’s mother knew each other; that was the connection. He was stationed in Atlanta, Georgia at the U.S. Naval Air Station. She and her mom crossed the country by train January 1942 and they were married by the end of that month. Thirteen months later Donna Jeanne was born. The war had broken out the previous month; it was a miracle she and her mom were able to cross the country as most trains carried only military personnel and war supplies. They were transferred to a base just north of San Francisco. The second child, Richard, was born when dad was stationed in Honolulu, Hawaii, an overseas assignment at the time. Mom now had two children to care for waiting for her husband to come home. The end of 1947 her last child was born, Patrick. Her husband died in 1968; they had twenty-six years together. She has one grandchild, Stephanie, born in 1971. When her mom was in a nursing home in Port Angeles in the early 1970s, mom moved there to be near and bought a home there. Mom has been a secretary most of her life and when her mom passed in 1974 she moved back to Seattle and started her own secretarial business in the Dexter Horton Building late 1977 called, appropriately, “My Secretary”. The name invoked a clever question that businesses needing a secretary would hear: “Wouldn’t you like to use “My Secretary?” She closed the doors to that business in 1991 and went to work for Washington Mutual Bank working for an accountant. When that accountant prepared to move on in his life they wanted her to learn as much as possible to pass on this information to the next accountant when she asked them, why can’t I do the job? Her husband had been an accountant where she learned much about accounting; their personal finance books at home used double-entry accounting. She was fortunate to have had a female boss willing to give her the opportunity for that position. That position was in payroll. If there was something she wasn’t quite sure about in accounting, she would go to the downtown library and research what she needed to know. She was dedicated enough that one day when it began snowing and the next day the payroll had to be in she found a hotel room, stayed overnight, and was able to be at work on time to complete the payroll the next day. The CEO was so impressed he visited her and told her the bank would pay the hotel bill. She stayed until she was in her 75th year when she finally retired. She had been fortunate enough to be able to purchase her own home in Maple Leaf area of Seattle, exactly next door to her childhood girlfriend. They have known each other since they were six years old. Mom liked to travel when she took her first European trip with her friend in 1969. She was able to meet one of her first cousins in Munsingen, Switzerland. Her oldest son was also visiting and living in Europe for six months. Her youngest son went to Europe in 1970 and also got the travel bug.  For her 65th birthday, her youngest son took her to Montreal and Quebec City, one of the Swiss cousins had moved to Montreal. The son and her drove to Boston and visited the northeastern US. Just before retiring, she and her daughter went back to New York City to see all the sights. While her oldest son was working in Alaska and the youngest in Berlin, Germany, mom and her girlfriend went back to Europe to visit in 1995. The youngest met his future wife in Berlin and the two ladies came back to Berlin for the wedding in 1998, the year she finally retired.  She was able to enjoy her retirement in her home. She resided at Providence Mount Saint Vincent nursing care the last six years. She was preceded in death by her husband as mentioned earlier and her daughter in 2014. She will be missed. We love you mom.

Helen worked for me at Murphey Favre/Washington Mutual in the accounting department.(I helped hire her) I was a young 20 something and she would have been in her 60’s…but she was always reliable and rarely called in sick. I remember her as hardworking and always good natured. I always enjoyed working with her. We remained in touch for a few years after we both left and would go to lunch at Belles in Maple Leaf…sadly lost touch over the years..but recently came across a xmas card and wondered about her. Glad she lived a long good life. I will remember her fondly.