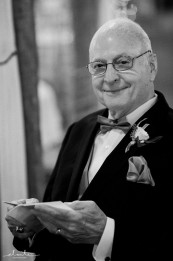 John passed away at his home where he had a  sudden heart attack. He was born in Albany, California to Gwendolyn and John Montigue “Jack” Jones.  He obtained his schooling in Albany and graduated from Albany High School.  In high school he lettered in track and football and was inducted into the hall of fame for football.  He was involved in Boy Scouts and reached the goal of becoming an Eagle Scout.

During his High school summers, he worked on a pig ranch and loved to tell tales of his adventures on the ranch.  He maintained a love and respect for pigs and had quite a unique collection.

After high school, John attended Contra Costa College and earned his Associate Art Degree.  He was then drafted into the Army where he served in Germany for two years.  Upon his return to the states, he earned a degree in aeronautical engineering from Cal Poly.  He was on the Dean’s List and the President’s List for his accomplishments.

In 1962, he visited the Seattle World’s Fair and fell in love with the northwest.  He put his college skills to work for several years at Boeing.  During the 70’s, he decided to try something different.  He attended and graduated from Sales Training Inc and was certified with Dale Carnegie.  He spent his next 43 years working for Unit Process Company (now Bray) as a salesman, sales manager and general manager.  What he liked best was being out in the field with his customers.

He married Darlene Dahl and they raised two children, Tamara Jones Hanigan and Gregory Owen Jones.  They settled in Seattle’s Eastside, last residing in Kirkland.  John had been a charter member of the Bellevue Club and was a member of Bellevue First Presbyterian Church where he served as a deacon. He enjoyed supporting the University of Washington Huskies and the Seahawks.

He was a very handy man.  He learned his “repair/creating” skills from his grandfather.  He and Darlene remodeled several homes during their marriage.   He enjoyed traveling, eating out, boating, learning new things and keeping up to date on what was going on in the world.  He took pleasure in keeping his yard nice.  He had a very strong work ethic.

A celebration of life will be held on April 7th at the Women’s University Club at 11am. In lieu of flowers, donations in John’s memory may be made to Bellevue First Presbyterian Church or Jubilee REACH.

Darlene and Family. Our thoughts and Prayers are with you all at this very difficult time Tom and Bernie

Condolences to the family. Our thoughts and prayers go out to your whole family. Psalms 147:3 says God, “heals the broken hearted, and binds up their wounds.” May God bring you comfort and peace.

John was the most wonderful neighbor anyone could ever imagine. He was the epidomy of a gentleman in every way: thoughtful, helpful, kind, honest, and a gentleman at all times. We all miss him terribly, and have a void in our lives without him now, but are all blessed by having known him.

We just returned from the wonderful memorial celebration of Johns life. Our hearts , thought and prayers are with Darlene and the whole extended family . So many people who loved and respected him were there to share stories and memories.

We have been friends for nearly 40 years. I miss our daily conversations and the many interesting things we have discussed thru the years. You my dear friend were an exceptional person and a man of many talents.

Your values and ethics were always on the mark. I miss your humor and gentle personality. Your love of family, country and work ethic were unparalleled in my experience.

Rest well my dearest friend. You are missed and will always be in my thoughts.