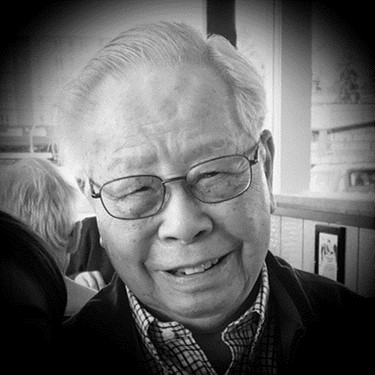 Upon arrival in the US, Chuck lived in Los Angeles, California at his family’s business, the Sun Wing Wo Company in the Garnier Building (now the Chinese American Museum). He served as an aircraft mechanic in the 555th Air Service Squadron of the 14th Air Service Group (US Army Air Force) in the China Burma India Theater (CBI) from 1943-1946 during World War II. He will be posthumously awarded the Congressional Gold Medal this summer in recognition of his service as a Chinese American World War II Veteran.

In 1950, Chuck moved to New York City after being invited by his friend Ernest Low. During this time, he got to know a lot of Golden Age movie stars, including Esther Williams, Bing Crosby, Mickey Rooney and Natalie Wood (whom he carded!) as they frequented the restaurants he worked at, the Singapore and Chinatown Charlie’s. On December 7, 1958, he was sworn in as a US citizen; shortly afterwards, he moved back to the West Coast where he would eventually settle in Seattle, handpicked as the bar manager at Victor Rosellini’s nationally acclaimed Rosellini’s Other Place restaurant. He also served as a trustee as an active member of Chinese Baptist Church in Seattle.

Chuck had a wonderful, full life and will be missed for his generosity, mischievous sense of humor and wonderful stories. He also had a passion for classical music and would share it by blasting Beethoven on his sound system as he walked laps around his house for exercise later in life. He was very much loved by his family and friends and his presence will be missed; they are comforted in the knowledge that he was at peace being called home by his heavenly Father.

A memorial service will be scheduled at a later date after restrictions around COVID-19 have been lifted.

We adored Gung Gung. He was the grandfather of our daughter-in-law. He was a ray of sunshine and a generous man. He had a quick wit and was loved by all who knew him.
Mr. and Mrs. Lynn Haldeman

Beautifully written, so much history we didn’t know, regret not having asked him about it. But we always knew he had one of the most interesting and entertaining backgrounds of any immigrant we know from that generation. Truly part of the Greatest Generation. And we feel so privileged to have spent time with him and he considered us as part of his ‘family’ also. Glad he is with living in Glory now and will be continuously receiving his reward for being such a good and faithful servant in his years here on Earth