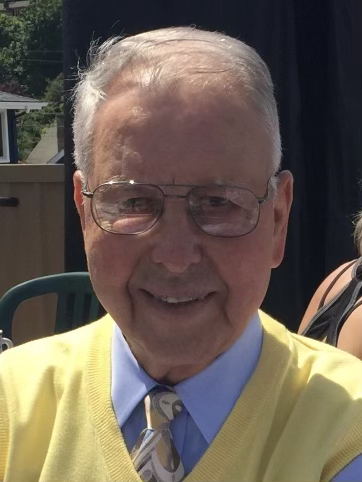 It is with sadness that we say goodbye to our father at 94 years old. Donald Stephen Werlech (Don) was born March 16, 1928, the oldest of five children, and passed away peacefully at home June 10, 2022, surrounded by his three children and five grandsons.

Born to Croatian immigrants Mike and Josephine Werlech, Don was raised in the Riverside neighborhood and was a lifelong resident of West Seattle. He attended Holy Rosary grade school and Seattle Prep High School. Following high school, Don served honorably in the US Army as a peacekeeper following World War II. His service to our country paved the way for him to attend Seattle University on the GI Bill. Always independent minded, Don was a successful business owner of more than 45 years in the White Center area.

Don’s passions were numerous. A lifelong member of the Croatian Fraternal Union, he attended many functions throughout the year including picnics and music festivals. Don spent many hours restoring his “baby”, a vintage 1931 Ford Model A, and was a proud member of the Evergreen A’s, a group of local Model A enthusiasts. In 2021, he was honored by the A’s with their prestigious Man of the Year award. He loved reading, hummingbird watching, fishing and travelling with his life-long buddies, family gatherings and reunions, and especially socializing with old friends and new acquaintances.

Don’s greatest joy and ministry was helping others. He would make people laugh with his stories and quick tease. He would drive those in need to any appointment or event. You would often see Don at Providence Mt St. Vincent visiting all the residents and taking time to talk and get to know them. He would often bring them flowers to brighten up their day. His generosity did not stop there, as he would also bring flowers to his family and friends. He had a passion for daily walks around the neighborhood and would often take his neighbor’s dog, Tucker (and any other dog he would spot along the way), ending with a treat and lots of appreciative barking.

Without question, Don’s greatest passion was his five grandsons. Don spent countless hours cheering at their sporting events and attending school functions, always the proud Grandpa. Don loved going on road trips to his grandsons’ sports tournaments or simply to visit them as they grew into young men and ventured out on their own.

Don was a strong believer in community and family. He and his wife raised their children in the family home on 35th Avenue, which they owned for 61 years. Don regularly attended mass just down the road at Our Lady of Guadalupe Catholic Church, where he served as head usher for years. As testament to Don’s belief in being a strong member of the community, all eight of his children and grandchildren graduated Kennedy Catholic High School in Burien.

Don is survived by his children Donita, Deena, and Michael; daughter in law Mary Jo; grandsons, Danny (28), Anthony (27), Joey (26), Michael (24), and Alexander, (24); and his sister Helen Chamberlain and brother Zrene Werlech. He is also survived by many loving nieces and nephews. Donald was preceded in death by his loving wife of 56 years, Patricia. Don will forever be remembered as a loving husband, father, special grandfather, and friend to many. We feel blessed to have had him for so long and know he will be forever missed. His smile, laughter and love will forever live in our hearts.

For those wishing to offer a token of remembrance, the family respectfully asks that in lieu of flowers, a donation in Don’s name be made to Saint Theresa’s Orphanage of Zagreb, Croatia c/o CFU 439, Humanitarian Aid Fund 2130 48th Ave SW, Seattle, WA 98116.

A reception will immediately follow the Funeral Mass in the Hall adjacent to the Church. 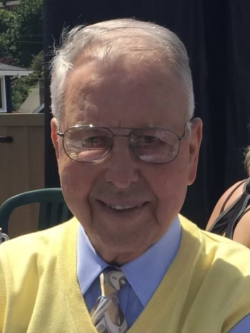 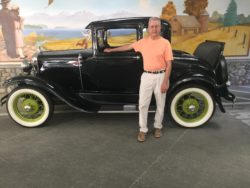 I am so very sorry to learn of the passing of Don. He will be missed by many. May he rest in eternal peace now, reunited with his lovely bride.

I remember seeing him at The Mount, spreading kindness to everyone. Just seeing his photo makes me smile.

We are more than sadden by his passing it’s like loosing a part of yourself. We have a relationship with Don as long as we can remember. He was an amazing man. So much fun and a very giving heart. There are no words that can express our emotions and feelings. Goodbye dear friend until we meet again. REST IN PEACEA