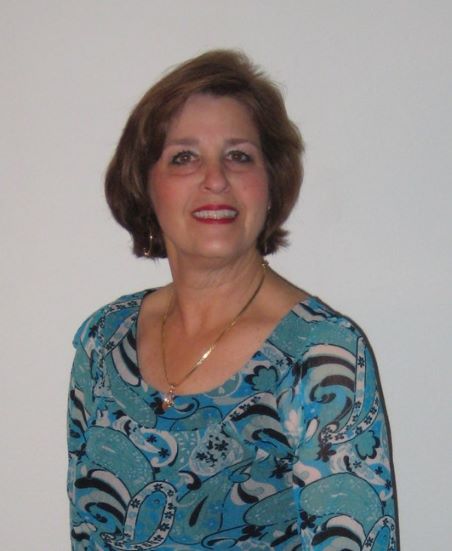 Donna passed away expectantly but peacefully in her sleep at home, Monday evening, October 5th bringing to end her four year battle with Alzheimer’s.

Donna was born on April 3, 1951, in Seattle, Washington, the daughter of Frank and Angelina (Babe) Yellam. She grew up in Burien next to her grandparent’s farm, the Vacca Pumpkin Patch with her siblings and many cousins.  They spent their summers swimming in Lora Lake.  She attended grade school at St. Francis of Assisi. She was diagnosed with scoliosis (curvature of the spine) in ninth grade. She spent that school year in a Milwaukee brace.  She went to Highline High School, graduating in 1969. After graduation, she went to Highline Community College to pursue a degree in nursing. Donna hated matches, so lighting a Bunsen burner in Chemistry class was a problem. A fellow student stepped in and lit the burner for her. That’s how she met Gary, a relationship that would last fifty years. Their first date was the Seattle Boat Show. They were married on April 11, 1975. Donna worked as a medical assistant for Virginia Mason Clinic in Seattle for eight years until the birth of their first child, Paul on June 19, 1981. Being a stay at home mom, she was looking for a challenge. She decided that selling Avon might be fun. The “Avon Lady” was born. She sold Avon for the next 33 years becoming a top seller in her district and continuous member of Avon’s Presidents Club. Two years after Paul was born, came Mark on July 16, 1983. Two years, three months later came Grant on October 21, 1985. With three boys, it was one sport after the other. Soccer, basketball, baseball, golf and swimming. She was the taxi and fan club for every practice and game.  That continued with the boys all the way through high school. When Grant played his last game, she got her life back. She still had her Avon. Every other Saturday was sorting and packing orders then delivery day. No matter how busy she was, she always found time to visit with her customers. The boys all graduated from the University of Washington. She was a very proud Husky mom. On June 11, 2011, she finally got a daughter (in law) when Paul married Patti. Two years later, Mark married Heather on August 24, 2013. On October 10, 2015, she became a grandmother with the birth of Liam to Paul and Patti. With her memory fading, Avon was becoming a real burden on her, so she reluctantly retired. On August 29, 2016 she was diagnosed with Alzheimer’s. Gary retired that October to be with her.  Her second grandson, Declan was born on Halloween 2017, again to Paul and Patti. On February 1, 2018, Cole was born to Mark and Heather. She was now a grandmother of three little grandsons. They never failed to put a big smile her face. On March 12 of this year, her fourth grandson, Carter was born to Paul and Patti. Throughout her journey with Alzheimer’s, she remained active. Travelling to Arizona, twice a year, to spend a week with her sister Patty and Keith. Travelling and going to boat races in the motorhome, she loved being on the go. In July, it was discovered that her brain was being compressed by a fluid build-up. After a successful surgery, she regained some of her cognitive functions and physical abilities. Things began heading downhill again in mid-September. Hospitalized again, a feeding tube was installed and she began to regain weight. After her release, a few days later, she and Gary were in Lake Chelan with her longtime friend, Mary Ann and her husband Art. After a great weekend, they returned on Monday afternoon. Donna passed away that evening.

Donna was preceded in death by her father Frank Yellam. Donna is survived by her husband Gary, her mother Angelina Yellam, her sons Paul (Patti) Hansen, Mark (Heather) Hansen, Grant Hansen; her grandsons: Liam, Declan, Cole, Carter, and future granddaughter (Mark and Heather) due February 2021; her sister Patty (Keith) Barber, her brother Frank Yellam, her sister-in-law Joan (Anna) and many nieces, nephews and cousins.  She was so loved and loved everyone she met.  We will miss her fun-loving spirit, bright smile and laughter forever.

Remembrances can be made to the Alzheimer’s Association.

Gary and Family,
My heart and thoughts have been with you during this unimaginable time. I know Donna is in a better place and will be with you always. She was an amazing soul, with such a kind heart and contagious smile. Her memories will live on in the many people she touched, with such a lasting impression. God bless you all in your healing. We love you!

Thank you Gary. That was a beautiful way to describe a life well-lived and the loving people who gave Donna such deep joy….you, her sons and her grandson’s were everything! I’m grateful to have a lifetime of memories with my many cousins, but Donna and I were the same age and went through school together. She will be missed by many who enjoyed her big smile, energetic conversations & gracious nature. Again, Gary….thank you.

My heart goes out to all the family! What a wonderful life filled with so much love. Beautiful memories of a special lady will remain forever!

Wonderful tribute Gary. What a happy and fun filled life with many warm memories to cherish. May the entire family be comforted by them for years to come.

Dear Gary,
I had the privilege of working with Donna at the VM Clinic when she worked for Dr. Wilburn. She was a bright light in the Nephrology Department, so much fun to be around, and was always positive and incredibly kind to everyone.
Wishing you and your family peace and comfort during this difficult time.

Beautiful tribute to Donna. I was glad I got to know her, and enjoyed her company with you Gary when you came to Arizona.
It was heartwarming to see how much you devoted to her care, and the rest of the family were right there to support you.
We know that Donna is at peace now. What a beautiful relationship you had, your marriage vows was something that projected in how you cared for her.

Donna was one of the first cousins I met when I married my Anthony (GENZALE). She welcomed me to the family with that great big smile and warm words. Every year I saw her and all your family at the children’s mass, Christmas Eve. It was one of my highlights of Christmas. She was so interested in all my kids and what they were doing. So genuinely interested. I also enjoyed her Christmas letter and catching up on her family. Donna cannot be replaced. She was one of a kind, a special soul

Jenna and I have more special memories of our Italy trip with you and Donna. Such fun. I really know what your going through, but I can assure you, all your precious memories of this wonderful, wife, mother, daughter, grandmother, aunt and friend, will sustain you. Hang on, for her and the boys and grandchildren. God will give you strength

Gary I also want to acknowledge How much you cared for Donna. I know it was a privilege for you. Donna has referred to you as her rock. You gave us all the true definition of, “ in sickness and health, till death do us part.” Thank you

I will remember Donna in such a positive light always. How can we not!

I really valued reading this story of Donna’s life. She was a great person and friend. It was a tough last 4 years but you all tackled it with support and love for each other. Take care!

My heart goes out to Donna’s family and friends. I knew Donna as a fellow Avon lady. I just recently retired from 33 years of selling myself. Donna had a great gift of bringing Joy to people, Avon was a great fit for her. Im sorry that she had Alzheimers and pray we find a cure for this disease. Thank you Lord that she is free of that now and at peace. May her beautiful memory live through her children and grandchildren. God Bless all who knew her, she certainly left an imprint on my life!!

Gary and family, I will miss my friend and fellow Avon representative. We had so much fun for 25+years, meetings, luncheons, sharing tips and strategies on selling and building our businesses. Plus, talking about her 3 boys and my two who were the same ages. So upbeat and bubbly and everyone who came in contact with her loved her! My deepest sympathy to you and your family. God Bless you all

Patty Keith Gary and family our hearts are with you as you all go through this very sad time. Our condolences to all of you God Bless

We are so sorry to hear of Donna’s passing. Always smiling, loved life and so proud of her family. She will be missed. God Bless.

What a great life Donna had, I so enjoyed reading this and feel that much closer to her knowing this. I will miss not seeing and enjoying her company.. 🧡

Caren Reves Klosterman was a Highline classmate and have fond memories of her.

Wonderful story of her life, how she met Gary and her many accomplishments. She was so proud of her children and grandchildren. That kind of love is never lost in those left behind. Blessings to Gary and family.

Gary and family.
Words cannot express how much love and joy Donna brought with her. She was always uplifting and had a way to make you feel like you were the most important part of the day. Her smile was infectious and her laughter always bright and merry. She taught me many tricks to raising boys and I will always be thankful for her generosity. Her memory will be with us for eternity. God Bless.

Gary, I was so sad to hear of Donna’s passing. We were good friends in high school and I will never forget her beautiful smile and delightful laugh. You and your family are in my thoughts and prayers.

We are remembering all the great times with Gary and Donna at the distributor conferences over many years. The memories will last forever. Our sincere condolences and our thoughts are with you at this time