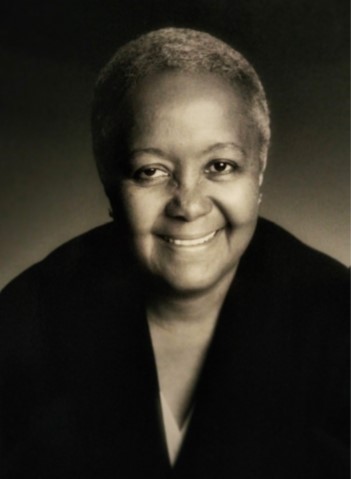 Millie Louise Bown Russell was born in Seattle in 1926. She passed away peacefully surrounded by her family and loved ones, on November 1, 2021 at the age of 95.

Dr. Russell enjoyed reading a good book, eating a good meal, and spending time with her family. She often said that her husband was both her best friend and her rock. She had a wry sense of humor that often-left people breathless with laughter. As a young woman she enjoyed dancing and loved archery. The renowned Paul Robeson actually paid for her dance lessons! Dr. Russell loved people and was never shy, often introducing herself to perfect strangers who were immediately enchanted with this warm, loving woman. She was extremely proud of her family and often spoke of her two sisters, Edith Mary Bown Valentine and Patricia “Patti” Bown who became renowned pianists who both had solo performances at Carnegie Hall.

Born to Augustus and Edith Bown, she was the third child in a large family of seven children. The family was a civil rights, social justice, and politically active family. Both Augustus and Edith were the children of formerly enslaved parents. Edith and “Gus” were political activist who counted Paul Robeson and Marian Anderson among the family’s many visitors. This upbringing was to be the foundation and the impetus for Dr. Russell’s lifelong journey.

Dr. Russell was profoundly impacted by the Japanese removal to concentration camps during WWII through Executive Order 9066. She often spoke of how her fellow Japanese students were shunned and shamed, and how their families lost everything. She and her family made it a point to visit her friends as often as they could.

After attending Immaculate grade and high schools, Dr. Russell became the first Black student in the Medical Technology program at Seattle University where she graduated with her B.S. degree in Biology in 1948.

During her time as a college student, Dr. Russell became involved with many civil rights organizations including pledging with the Alpha Kappa Alpha Sorority, where she became a lifelong and active member, and the Youth Chapter of the NAACP, where she met future Supreme Court Justice Thurgood Marshall. She was so proud of the work she did with him, traveling throughout the country addressing civil rights issues for Black citizens. During her work with the NAACP, she met and eventually married Edward Russell, Jr.  The couple had three children whom they raised with the same passion for social justice and civil rights that Dr. Russell was raised with.

Dr. Russell worked for 26 years for the Puget Sound Regional Blood Center.  During the late 1960s she returned to Seattle University as a student and received a secondary science-teaching certificate in 1971.  In 1978 she received an M.S. in kinesiology from the University of Washington. In 1988, Dr. Russell received her Ed.D. in Education.

In 1974 Dr. Russell began working at the University of Washington as the Director of the Preprofessional Program for Minority Students in Health Sciences. Later she became Assistant to the Vice President, Office of Minority Affairs.  Dr. Russell’s career at the University of Washington encompassed more than three decades.  During that time, she became a mentor, adviser, role model, and teacher to hundreds of students. She has inspired, and continues to inspire, countless numbers of individuals with her passion to education and to her devotion to her community.

Dr. Russell also founded the Early Scholars Outreach Program, designed to prepare underrepresented and middle-school students, who would-be first-generation college students, and their families for higher education. The Early Scholars Outreach Program was the inspiration for the national GEAR UP program that has served thousands of pre-college students. Dr. Russell was also the leading force in developing the Ron McNair Seattle Science Center Camp-In. Developed in honor of Black astronaut Ron McNair after the space shuttle Challenger disaster.  After the tragedy, she wanted to do something to honor McNair’s legacy. Dr. Russell was credited as one of the members from Blacks in Science who provided the leadership that made the event a success. During the camp-in BBIPOC children spent the night at the Seattle Science Center where they participate in science, technology, engineering, and math activities (STEM). Hundreds of children over the years have not only enjoyed the camp-ins but had their interest in STEM fields ignited.

Dr. Russell’s international work on behalf of health care and education is reflected in the establishment of the Seattle-Mombasa and the Seattle-Limbe Sister City Associations. The Associations’ activities have included sponsorship of African art exhibits, hosting Crossroads African Health Professionals, donating emergency aid to Mombasa as well as sending books and school supplies.

In 2001, the City of Seattle named October 29th Dr. Millie Russell Day, honoring her lifetime of service in education.  The proclamation and congratulatory letter were presented by Mayor Paul Schell and Washington Governor Gary Locke. Seattle Congressman Jim McDermott read the Extension of Remarks that he added to the United States Congressional Record for October 29, 2001.

In 2004, Dr. Russell was honored with the University of Washington’s Outstanding Public Service Award in recognition of her extensive local, national, and international public service.

All expressions of sympathy, including flowers, cards, or honorary donations to one of Dr. Russell’s favorite organizations, are welcome. The family suggest to those who wish to express sympathy by donating, to please consider one of the following organizations in Dr. Russell’s name:

The Funeral Mass will be held at Immaculate Church in Seattle, 820 18th Avenue, Seattle, WA, 98122 on Thursday, December 2, at 11:00 a.m. Interment will be at Calvary Cemetery directly following the Mass.

Rest in perfect peace, Dr Millie Russell. You lived a life of service, to advance civil rights, and serve the underprivileged. I had the privilege to serve on the board of the Seattle Limbe Sister City Association you co-founded. It was an honor to serve side by side. You affectionately called me “my husband”… Always same candor, gentleness, service. I will miss you, but you are now with the Lord you served all your life. Rest in peace. Condolences to the whole family and friends.

My condolences to family; In my relatively short acquaintance with Dr. Russell, what I remember most was the genuine warmth of her smile and the feeling that I was in the company of a friend. I’m proud to be connected with Seattle-Limbe Sister City Association , an organization that Dr. Russell poured herself into, and because she did, young girls in Cameroon, especially, have better opportunity for education. Dr. Russell’s legacy is wide-spread and will be long-lasting.

It was an honor to have met and loved Millie Russell, such a remarkable soul. Blessings of Peace to the family

My condolences to the family. It was such a pleasure to work with Dr. Millie Russell; always a joy to engage with her. Her warmth and beautiful smile always inspiring. Her gracious commitment to students made an uplifting difference. Rest in peace Dr. Millie Russell.

Dr. Millie (Bown) Russell was a “force of nature.”

When I visited Seattle as a Junior High School student, she would always encourage me “to do my best and be myself no matter what.” Millie was my Godmother, a dear friend of my Mother, Mildred Squires Reynolds who graduated from Holy Names High School (Seattle), and was among the first University of Washington, women-of-color graduates (1940s).

Later, in my adult life, I moved to Seattle (1973) after I graduated from U.C. Berkeley. Millie was one of the first people I contacted, and once again she was a tower of strength. Our paths intertwined often because we were active in the Seattle community. Millie was “a trailblazer” on the UW campus, managing her Science Training Program for minority students. I worked at the UW Career Center, as the first Assistant Director for Minority Placement. We both were members of Alpha Kappa Alpha Sorority.

Millie had a no-nonsense attitude about working hard and acquiring as much education as she could. We both went back to school, later in our careers to obtain a doctorate degree.
Millie was smart, quick-witted, and an excellent public speaker.

She was fun! Millie was an inspiration to me, and hundreds of others both here and on the African continent. Now, it is time to rest, Dr. Millie Russell…Thank you for being You!