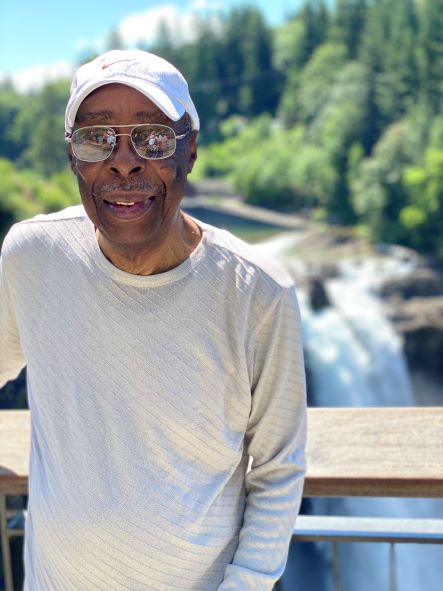 Harold Waldo Craft was born to Mary Smith and Junius Craft on December 31, 1935 in Detroit, Michigan. He transitioned from earth to his heavenly life on June 27, 2021, in his beloved home in Seattle, Washington with his daughter by his side.

Harold lived a wonderfully full and active life. He enjoyed traveling and appreciated beautiful things. He would often tell stories from remembering the end of World War II to life in Detroit during the Motown era. He would fill the room with laughter and being playful. The greatest joy and highlight in his life was the birth of his daughter, Sasha Craft, in February 1985. They were best friends.

Harold became a licensed real estate broker in Washington State in April 1972 and not long after he opened his own company, Craft Realty. He truly loved owning his own company, the many views that can be found in Seattle, being in his home, and spending time with his daughter.

Harold was preceded in death by his mother, Mary Smith, father, Junius Craft, his sister, Marilyn Miller, his uncles, Albert C. Smith and King George Smith, and other family members.

Harold leaves his family to honor and cherish his memory: his beloved daughter, Sasha Craft; his sister, Beverly Vaughn; his niece, Angela Williams; his great-nephew, Justin Williams; his great-niece, Jordan Shadd; his cousins Shawn Smith, Darrell Smith and Priscilla Smith; two great grand-nieces, Taylor and Kendall Williams, and a great grand-nephew, Kamdyn Bonnett; along with many others who appreciated his laughter and smile calling themselves the “Harold Hive”.

Harold videos were the highlight of a lot of my days! I’m not sure if Harold was aware his beloved daughter was recording and posting him on social media but I lived for clips of Harold and he definitely had a fan club that I’m a proud member of. His humor, his comments and my personal favorite, his blanket tuck-ins on the couch. Although I never met Harold in the flesh, his spirit was felt with each video so it felt as though I’d met him in person. Harold raised an amazing woman I’m proud to know and I’m certain she will continue to make him proud here on earth. Heaven above has gained angel. Rest in eternal comfort and peace. -F.A.B Jaye

You can really see the love, delight, and connection between you two. The stories and what most I’m sure appreciates is you let us into your world. Thank you for sharing Harold with all of us. Blessings to you and your family. Peace and be well. -Seals

NOTHING BUT LOVE!
Catherine Acox

Sasha,
God’s peace and comfort be yours, amazing and loving daughter. Keeping you in my prayers.