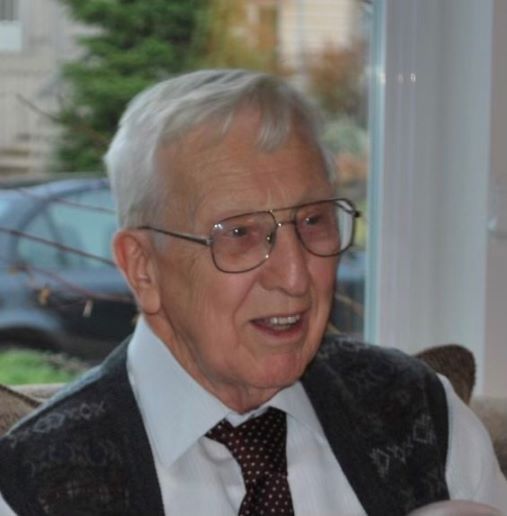 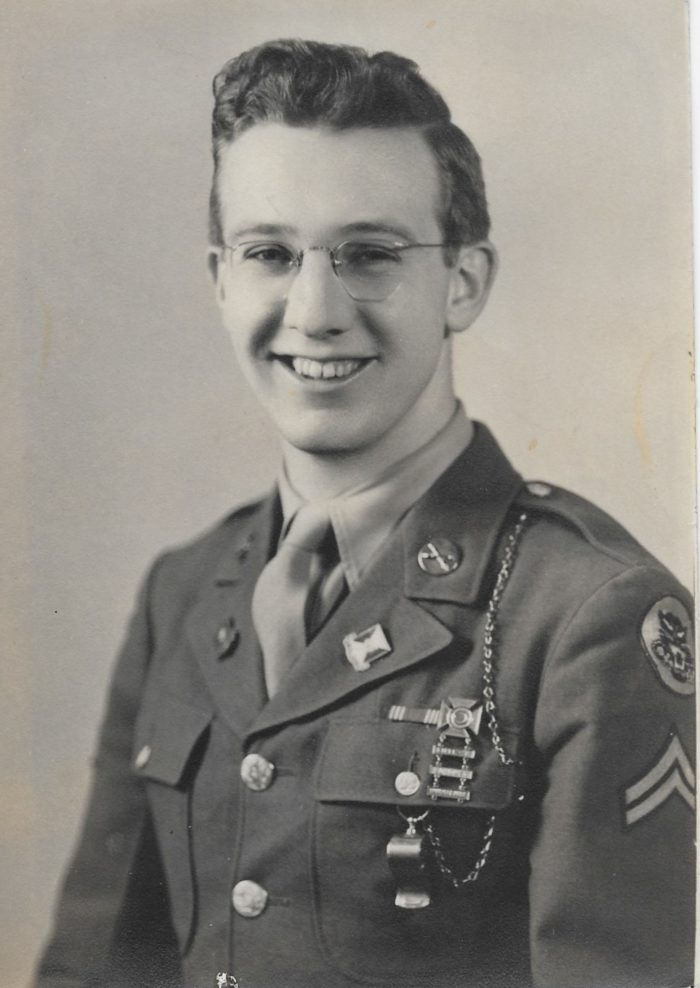 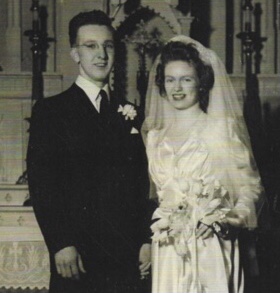 Our sweet “Paco” gently left his Ballard home and moved into eternity on a sunny September morning.

Henri Joseph Beaudreau was born in Seattle to parents Earl and Helene, and grew up with two sisters, Andree and Renee, in the Beacon Hill area, graduating from Franklin High School in 1938.

At age 20, he started working for the US Postal service until he joined the United States Army in 1942.  He served overseas in France and Germany under General Patton while assigned to the 610th Tank Destroyer Battalion.

After returning to the United States, Henri resumed his career at the Post Office where he met Helen Dunn. They were married in 1947 and settled in Ballard raising nine children. They were able to enjoy traveling to various countries before her death in 1989 after 42 years of marriage.

As a follower of Jesus Christ, Henri treated all people with dignity and respect.  He was tender hearted, witty, and never met a stranger.  His mind was sharp up to the end -his memory, amazing!  Words can never capture the true character of our beloved “Paco”, but he will live on – treasured in our hearts.

He will be missed by many others–nieces, nephews, friends and longtime Ballard neighbors.

May his memory be a blessing.

Memorial Service: To be determined

I worked with Henri at the Main Post Office downtown from 1975 until 1990. He was a kind, delightful person, and always good humored. He was generous with his knowledge and his smile, and is missed.