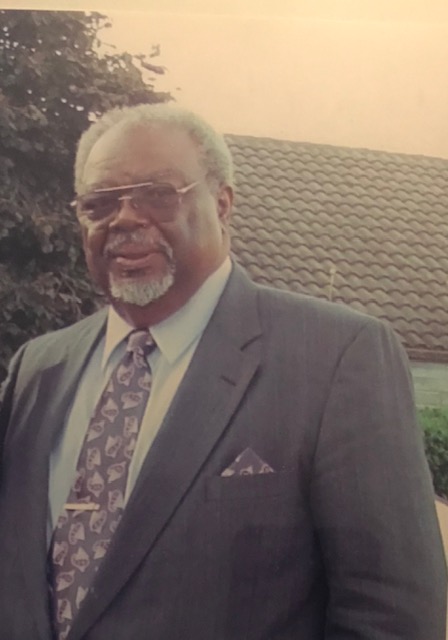 Born in Muskogee, Oklahoma to the union of Fred Hershey and Myra Markham Hershey. James was raised in Muskogee with his siblings Birdie, Ethel, Mamie, Freddie, Edna Mae, Clarence, and Freeman. James was a high school football star and went on to play for the Prairie View A & M Panthers. He later served in the U.S. Army from 1954 to 1956 which brought him to Fort Lewis, WA. He wed Rachell L. Jackson on December 31, 1956 in Yakima, WA. While living in Yakima, he worked in retail sales and the construction industry. Eventually he had to commute to Seattle for gainful employment. During these years, he traveled back and forth to provide for his growing family. In 1966, he moved his growing family to West Seattle in the High Point neighborhood. He also continued to play football playing for the semi-professional Seattle Cavaliers as well as the Bellingham Jets.  After securing employment on a permanent basis with the Boeing Aerospace Company, in 1969 he bought a house and moved his family to Burien, WA where he lived until his final days.

James was an active member in the Aerospace Machinist Union Local 751 Lodge C where he served as a shop steward until his retirement. He was also an advocate for civil rights and political activism volunteering with both the A. Phillip Randolph Institute and the Machinist Non-partisan Political League.  His involvement with these organizations allowed him to meet with democratic Presidents Lyndon Johnson, Jimmy Carter, and William Jefferson Clinton. During the Boeing lay-off of 1973, James worked as a teacher’s aide at Lakeview Elementary School. He also was a member of Greater New Bethel Missionary Baptist church for over 40 years serving in the capacity of a Trustee until health issues limited his capability.

James was preceded in death by his wife Rachell, both of his parents, all of his siblings except his sister Edna Mae Lee of Wichita, KS, and his sons Kenneth Hershey and Reginald Hershey. He is survived by his children James Jr (Pat), Delores, Curtis, Brenda, Fred, and Freeman (Krystle). A host of grandchildren, great-grandchildren, great-great grandchildren, nieces, nephews, and cousins.

A life well lived… May you rest in peace.

A life to be proud of for certain, as well as a beautiful legacy – his children and grandchildren. 🙏🏻

Praying for you all as you all go through this moment…. Uncle James will truly be missed…. Rest in Peace Uncle James….. Until we meet again…

My condolences (Veronica) to you and your family!

A blessed life. So sorry for your loss Delores. He was a wonderful man. Praying for you and your family.

Brenda, God bless you during this difficult time. Surely, your Dad is walking streets of gold now.

Rest in love and peace Uncle James. My heart goes out to the family as we celebrate Uncle James’ life. Love and blessings to all.

I will remember Bro. James Hershey as a courageous man with strong faith. I’m praying that God will strengthen the family and that you will find comfort in his loving memories. I will always remember his favorite poem which he shared with me: “If you can’t be a pine on the top of the hill Be a scrub in the valley–but be The best little scrub by the side of the rill; Be a bush if you can’t be a tree. If you can’t be a bush be a bit of the grass, And some highway some happier make; If… Read more »

My prayers are with you family for strength and understanding. Uncle James was definitely a leader now someone has to take the reins. Follow in his footsteps and keep the family strong and together. Love you all.

Rest in peace Uncle James. I can just imagine the conversation going on up there with all who preceded you. Prayers for our family for strength in this time of grief.