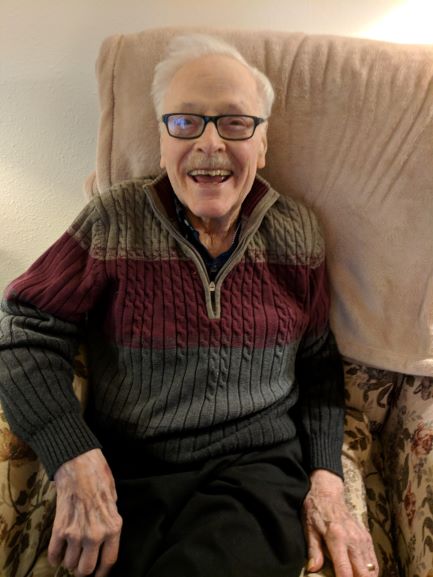 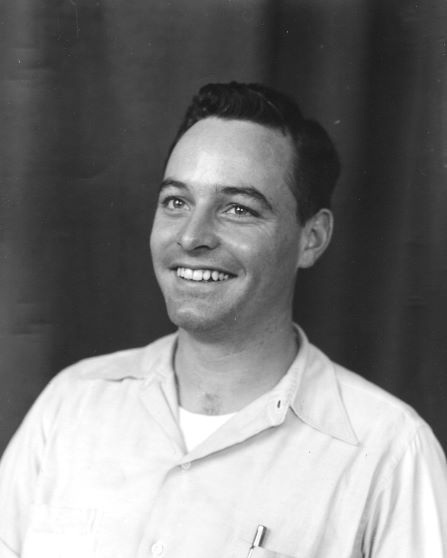 With heavy hearts we want to share that James (Jim) Carl Oberg passed away peacefully on Thursday, November 5, 2020, in Federal Way, Washington.  Jim was born on February 6, 1931 in Minneapolis, Minnesota, and raised by his father and stepmother during the depression, which instilled in him a staunch thriftiness that lasted for most of his life.  He was active in sports throughout high school and worked part-time jobs to help pay his own way.

Jim went to college at the University of Minnesota. During a freshmen orientation, he “noticed a slender, dark haired girl with deep-set blue eyes”. The girl, Mary, brought him a class schedule and they began to talk. Four years later they married. Mary worked full-time and Jim part-time as Jim completed his bachelor’s degree and Master of Science degree. Jim became a pseudo big brother to Mary’s sisters: Katherine and Janice. Jim noted that he and Mary “didn’t have much but had a wonderful time.”

Jim and Mary started in southern Illinois with Jim at the Forest Service.  A few years later, he was offered a position with the Weyerhaeuser Company in Longview, Washington.   Jim and Mary, with their four children, later moved to Fircrest where he continued working for Weyerhaeuser.   Jim had a long and fruitful career at Weyerhaeuser, working in various management roles and in research and development.  He was part of the research team which developed an end glue that saved hundreds of thousands of dollars for mills.  He and his team worked on drying studies that controlled the moisture content in the wood, enabling them to cut down the standard lumber size from 1 ¾ inch to 1 ½ inch.  Jim retired in 1992 after working for Weyerhaeuser for 35 years.

Jim was a wonderful dad.  He helped with homework (especially math), patiently jogged up and down the street as we each learned how to ride a bike, taught us how to drive a car calmly (with no signs of panic even when we rammed into the curb), and drove the boat countless circles around the bay as each of us learned to water-ski. Jim was a supportive husband, willing to step up when Mary went back to college for her bachelors and master’s degrees and embarked on her new career. Mary was diagnosed with cancer when their children were teenagers. She died in 1980.

In 1986, Jim married Marian Freeman and became a stepfather to her three grown children. Jim and Marian were active at St. Matthew Episcopal Church, their bridge and dinner clubs, and spent many years traveling the world, including Europe, Africa, Asia, and South America.

Jim was funny, intelligent, kind and combined a laid-back personality with a sharp competitiveness. You did not take card games lightly when playing with Jim. He had a great sense of humor, loved being physically active, and thrived on either cheering/grousing while watching the Seattle Seahawks and Minnesota Vikings. He had a wickedly sharp memory, especially for college sports and anything having to do with lumber research and technology.

Throughout Jim’s life he was active in his community, volunteering with many organizations.  Jim was in the Naval Reserves during the Korean war.  He was an active volunteer in Kiwanis, as a Pierce County Fire Commissioner, Boy Scout and Indian Guide leader, Salvation Army, and lay leader at the church.  He was a dedicated parishioner, not only at St. Matthew Episcopal, but at Christ Episcopal Church in Tacoma, where he will be Committed.

He loved his family and was a caring and giving husband, father and grandfather, patient and upbeat with a ready smile. He was dearly loved and will be sorely missed.

What a lovely tribute. Our family has many happy memories of our Oberg-Hendrickson gatherings and vacations. Prayers for all of you as you grieve. He was a lovely man!

Thanks Leslie! Our families were so intertwined and we loved your parents as well! Hope the four of them are having fun playing cards together 🙂

Hi Meg and family–We hope you are doing well. I’ll send you a cute photo of Uncle Jim with your mom and another with you Meg.

I’ll miss Grandpa Jim so much. Even with his huge flock of grandkids, he always made me feel special, and my time with him was so important to me. It’s hard to lose him, but nice to look over this and see what a wonderful life he lead!