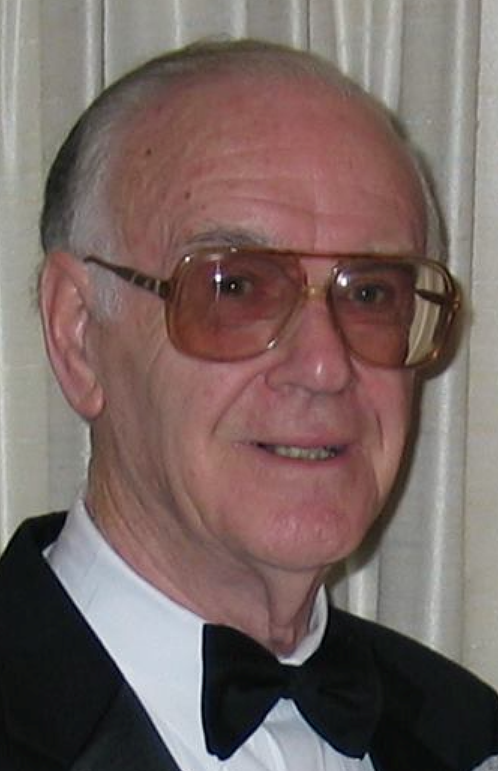 James Dennis Lawrence passed away peacefully on September 16, 2021 in Kirkland, WA at the age of 94, with his children by his side. He was born March 28, 1927 in Liverpool, England.

After joining the Army, Jim was a member of the Welsh Guards, and was stationed in Palestine, Egypt, and Germany after World War II and was later a guard at Buckingham Palace. After his military service, he lived in the Bournemouth area and trained as a draftsman. He enjoyed ballroom dancing for which he won awards, and met Sheila Page at a dance, whom he later married in 1959.  Jim and Sheila were married for 55 years before Sheila’s passing in 2014.

In 1966 he moved to Marietta, Georgia to work for Lockheed for a year before returning to Bournemouth, and in June 1967 he moved to Renton to work for Boeing and the rest of the family followed in December 1967.

He lived in Renton with his family for 21 years before moving to Bellevue, WA in 1988. He worked at Boeing as an engineer from 1967 until his retirement in 1993.  After Jim and Sheila retired, they both volunteered at Overlake Hospital one day a week for 20 years, and were also board members of the Bellevue Philharmonic Orchestra.  Jim also tutored students at Tyee Middle School with his friend Sam, who he had worked with in the 1950s in England, and who also ended up settling in Bellevue. Jim and Sam (great friends for over 60 years) ended up passing away on the same day. In the 1970s Jim was a member of the Renton school board as well as a member of the Elks Club of Renton for many years.

Jim and Sheila enjoyed traveling and had many trips back to England to visit family, as well as taking cruises to Australia, New Zealand, Alaska, the Caribbean, through the Panama Canal, and to St. Petersburg, Russia, and a trip of a lifetime with a sailing on the QE2 from New York to London and returning from London to New York on the Concorde where they shared the flight with Steve Kroft from 60 Minutes.

Jim is survived by his daughter Julie Hopkins (Alex) and his grandson Matthew of Kirkland, WA, and son Malcolm of Bellevue, WA, as well as nieces, nephews and numerous other family members.

Jim will be deeply missed and will always be in our hearts.  A Memorial Service will be held Saturday, October 30th at 2pm at Bonney Watson Chapel, 16445 International Blvd, SeaTac, WA 98188.  The family suggests memorials be made to Overlake Hospital – Cardiac Care Unit in Bellevue, WA.

Susan and I send our condolences to Malcom and the rest of the family.

Dear Julie and family.
My heartfelt condolences to you and the family. And may his new journey be of peace and love and blessings.
I sure think of him often and will miss him.
God bless Jim and all of you. Sending peace and strength at this time

Dear Malcolm, Julie and Family, I send my sincerest condolences to you, in this significant time of loss. Jim was a true gentleman that shared his humor, intelligence and kindness with us every day. We miss him every single day. Sending you love and peaceful wishes.

Even though I had just started working, I remember Jim quickly becoming my first favorite person. He was a lovely human being with so much patience and grace. He was truly a wonderful person and my heart aches for all family and friends who knew him far more than myself. I can only imagine just how wonderful and amazing that man was. May his spirit live on within all the beautiful memories of him we keep with us.