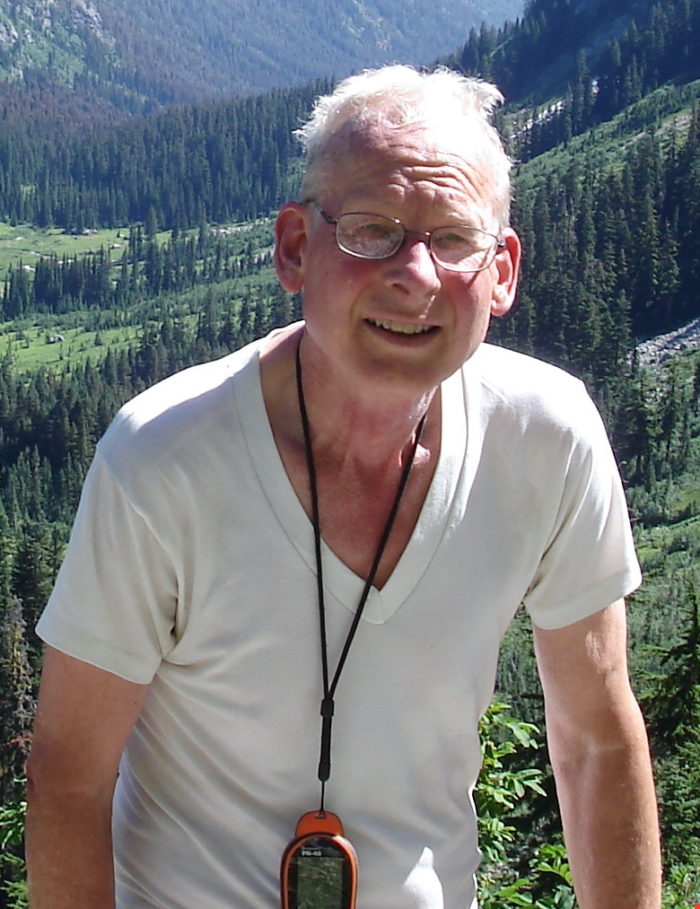 John accepted YAHWEH as his Lord and Savior in April of 1949 under Evangelist Willard Cantalon at the Minneapolis Gospel Tabernacle.  He graduated from Roosevelt High School in 1955 and enrolled at the University of Minnesota the following September where he graduated with a bachelor’s degree in Electrical Engineering (Electrical Communications).  He was then hired by the UM as a Research Engineer in the physics department.  There he designed a communication system for a balloon born Cosmic Ray instrument package.  Unfortunately, no balloon launches were successful because helium leaked through the thin plastic skin.  The project was titled Polar Orbiting Circular Instrument Born Observatory.

John married Ilene Faye Houk in April 1963.  After a honeymoon in Florida they set up housekeeping in Minneapolis prior to John’s resignation from the University there.  He joined Boeing in Seattle as a Research Electrical Engineer in September 1965 and became Chief Engineer on four projects in 1994 before retiring the following year.  He continued his service to Boeing as a contract engineer until his final retirement in 1999.

John and Ilene had one son born to them, Paul John Nitardy, on September 7, 1964.  John became involved in Boy Scouts (Troop 392) around the time that Paul entered the troop in 1976 and just recently stepped down (about 4 decades of service).  John and Paul enjoyed an equal number of years going on many hikes together.  John was predeceased by his wife in March 2005.

The Nitardy family home was, for many years, in Normandy Park, WA.  After Ilene died, John prepared the home for sale and moved to Wesley Homes in Des Moines WA.  John chose to spend his last months living with his son, Paul.  He returned to Wesley for his last days before going to his eternal home.  A service of remembrance will take place at John Knox Presbyterian Church, in Normandy Park, WA, on June 26, 2021, starting at 10:00 AM.

Due to Covid-19 restrictions, if you plan to attend in person (150 max) please register at: https://johnknox.churchcenter.com/registrations/events/896701, if you want to see the service online (live stream, or view the recorded service later), go to: http://www.johnknox.church/  and click on YouTube.  Burial will take place June 14, 2021, at Washington Memorial Park.  There is no service planned for the burial.

John financially supported a number of organizations for many years, one of which is included here.  You are invited to contribute in lieu of flowers.  Contributions can be made to The Seed Company, 220 Westway Place, Suite 100 Arlington Texas, 76018:  https://seedcompany.com/ , to help get God’s Word in every language.

It has been so good knowing John. We had good conversation and a mutual respect. His faith was unwavering.

John was a real servant of our Lord Jesus and he will be missed.
Paul, you are in our thoughts and prayers!!🙏❤️🙏
with much love and sincere sympathy,
Janie and Dave Lemley

Dear Paul,
Our condolences with the passing of your dear Dad, John Nitardy.
There are not enough words to pay respect to him. He truly walked the talk. He was shining example of what a true Christian should look like,
He served in numerous capacities at John Knox, and had a very generous heart. For example, He supported a women’s care unit in a hospital in Honduras. He wholeheartedly took over my co host position at meet and mingle, when I started wintering in Santa Barbara.
John ‘s good deeds live on in all whose lives he touched.
In Christ,
louise andAlan guptal

My life was richer because I knew John. I was blessed through his decision to lend his gifts and talents to me and Aquila District in Scouting.

John is with his Savior. Bless his family for their loss

John has been a special friend beginning with our family relationships in Minneapolis, MN. After our family move to Seattle, WA, we gathered regularly with John, Ilene, and Paul for our Thanksgiving Day celebrations. John will always be remembered by many as a wise man who guided young scouts, tutored children in math and science projects, and served his local church with great passion for God. Our family was impacted by his grace, patience, and wisdom all gifted by Jesus Christ to this special man of God. We pray God’s blessing of refreshment on Paul as he has given loving care to his father, especially during these last months together. May God’s kingdom work grow through the influence and investment of John Nitardy’s life.

I remember going to a church dinner and sitting with John and Paul. My daughter Tiffany was talking about her school project-a cantilever balcony. John to a napkin and discussed her project with her. At the end of our time she understood how to make drawings and build a cantilever balcony. Mary Moloney

So sorry about your loss aul. Your Father was a wonderful example through his love of God and family.

Paul, your dad was my husband John’s boss at Boeing for a time. He spoke of your Dad so often: A great boss, always smart decisions, always helpful and respectful of his employees. One of his best bosses ever!
Please know how grateful I am for your Dad and his time in our lives.
So glad he is now at peace with his Lord.