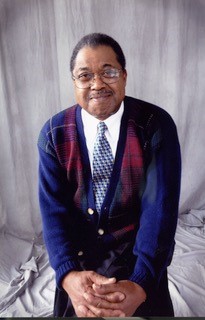 Julian Fleming Hunter was born May 19, 1935, to Mrs. Ivernia C. Hunter and Mr. Wallace Alvin Hunter in Longview, TX. Julian was the youngest of six siblings.

Julian entered the Army in January 1955 and was honorably discharged in December 1957. In 1959 Julian began working for the U. S. Postal Service working in several positions. He retired in June 1990 as a Labor Relations Manager. He was an excellent contract negotiator and was able to bring adverse sides to the table, value all who were part of the negotiations, and reach amicable solutions.

Julian stayed busy in retirement and believed in giving back to others. He volunteered as a library assistant for years at Cooper Elementary School in West Seattle. Julian was an avid sports enthusiast. He coached senior volleyball and softball for over 20 years in Des Moines, WA. He also played golf regularly.

Throughout his life Julian answered an innate call to serve others. In retirement, he cared for his ailing friends. He would accompany them to doctor appointments, take them to ball games, and assist them with their personal hygiene.

Julian’s call to service extended to the Diaconate ministry at Mount Zion Baptist church.  He was ordained in 1963 at the age of 28 and served faithfully until illness prevented him from doing so in 2021. Deacon Hunter was the Dean of Diaconate training for several classes and taught others their responsibilities for service that accompanied the office of an ordained deacon.

Deacon Hunter also served on the Social Committee at Mount Zion. Although a gifted leader, working behind the scenes suited him.  He loved to cook and frying chicken was another expertise.

Deacon Julian F. Hunter loved God, his family, and Mount Zion Baptist Church. He was also a gardener, farmer, woodworker, and tailor. Julian and Ernestine had the gift of hospitality and often entertained family and friends in their home. Julian was preceded in death by his wife of 33 years Ernestine Gray Hunter, his daughter Teressa Hunter Brown, and all his siblings; Earlene Drayton, Charles Hunter, Alva H. Smith, Q. Delores Hunter Sims, and Dorothy Griffin.