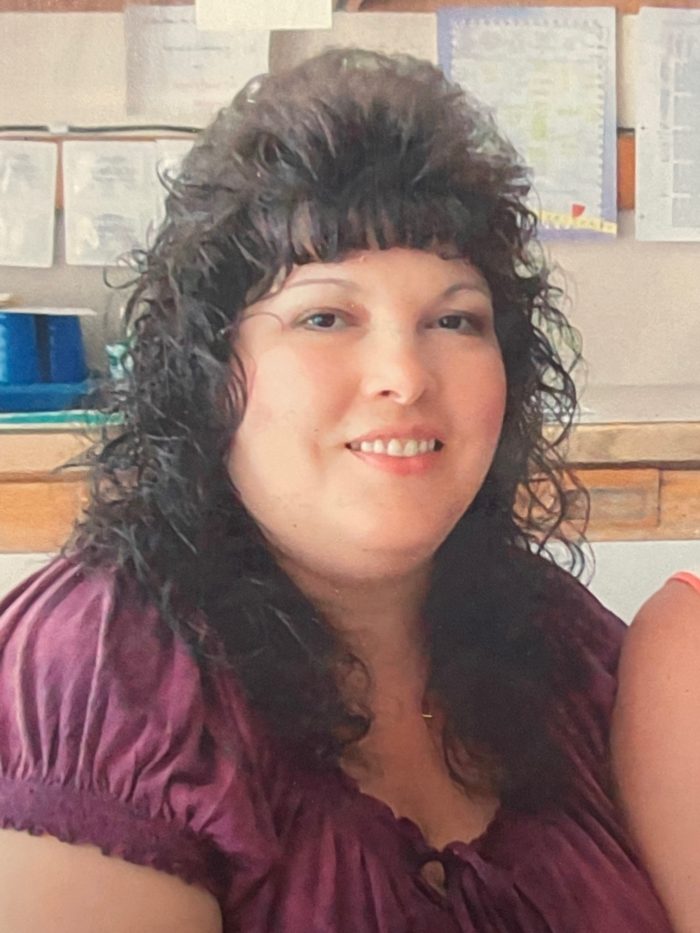 On December 18, 2021, Karen Lange of Des Moines, WA passed away surrounded by family at the age of 54 at St. Anne Hospital in Burien, WA. Karen Lange was born December 26, 1966 in Tacoma, WA to Joseph & Valma (Griffiths) Martini. The 3rd of 5 children. At the age of 18, she met the love of her life Darin Lange. In 1986, they had their son Darin on January 9th. On June 6, 1990, she married the love of her life and then on February 21, 1995 they had their daughter Heather. Finally complete as a family of four, with a handsome son and a beautiful daughter.

She worked several years at Greenacres Learning Center in the penguin room with 3 year old’s which she loved and met amazing coworkers, also working alongside her mother Val and sister Donna. Karen enjoyed doing crafts, and spending time with her family and grandchildren that she absolutely adored with all her heart as well as her fur babies. Karen also enjoyed shopping and loved the Christmas season. Before her health got worse, she would always decorate the outside and just as much inside.

She leaves behind, her mother Valma of Des Moines WA; her husband of 31 years Darin Lange; their son Darin (Sasha) Martini of SeaTac, WA; their daughter Heather Lange of Des Moines, WA. She leaves behind 5 grandchildren: Maliyah, Darin Jr, Valarina, Morgan, Eli.  Karen is also survived by her brother Michael (Luann) Martini; her sister Christine Martini; her brother Robert (Courtney) Martini; sister Donna Martini, all of whom lived in Des Moines, WA as well as many cousins and nieces and nephews. She was proceeded in death by her father Joseph Martini.

I miss you so much mom. Your grandkids miss you too ❤️ It’s not the same at the house. I miss bothering you and jumping on dads side to lay with you.