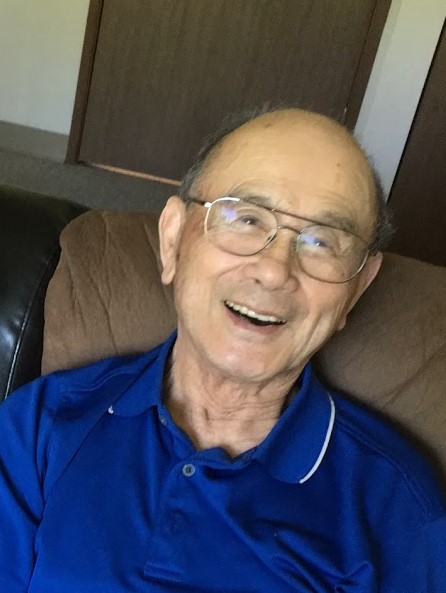 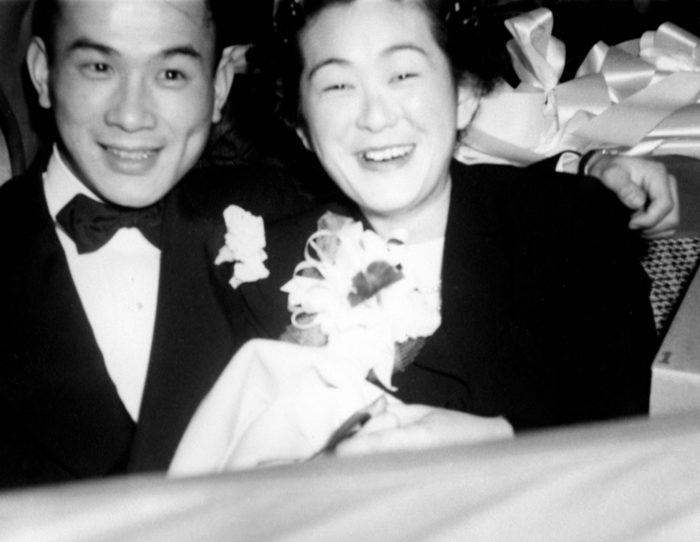 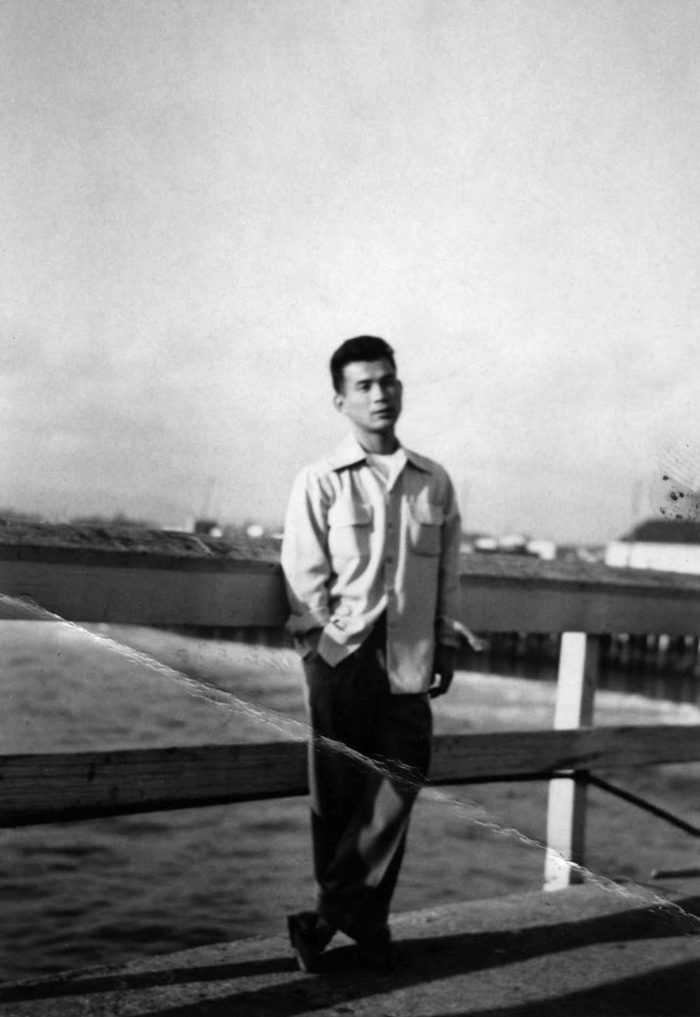 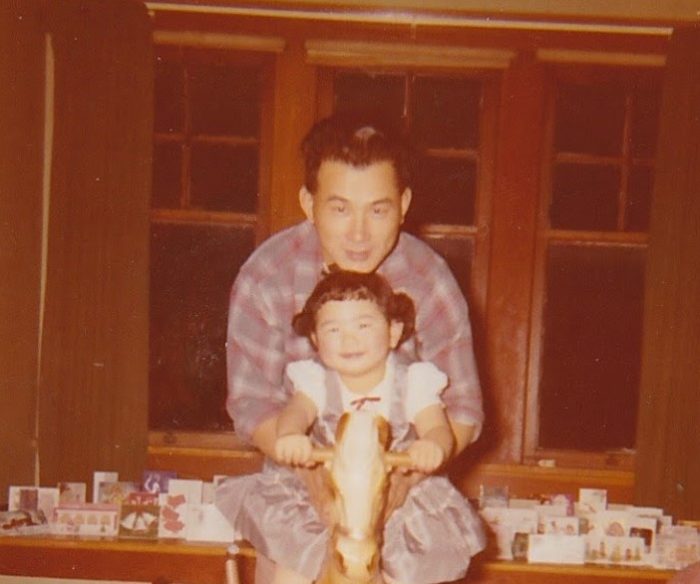 Kayo passed away on July 13, 2020 at the age of 94.  He was born March 28, 1926 in Port Blakely on Bainbridge Island, WA.  He was one of six children that grew up on a strawberry farm near Battle Point Park on the Island with their parents Otozo and Yoneko Terayama.

In March 1943 during WWII, his family and all other Japanese on Bainbridge were forced to leave their homes guarded by soldiers to an unknown location for an unknown timeframe.  Like Kayo, 66% of the evacuees were American citizens and their only “crime” was to be a Japanese American.  Kayo’s three older friends found a way to ‘escape’ the confines of Minidoka’s concentration camp.  With the help of the Quakers they arranged jobs and housing in Chicago.   Kayo did not want to be left behind.  He signed up for 8 classes in the Fall 1944 semester so he could graduate from high school early.  Despite never going to classes, he somehow passed and received his diploma.  At age 18 with diploma in hand, he was able to join his friends for their 9-month adventure in Chicago.  He worked for 9 companies in 9 months, earned enough money to send some to his parents at camp and to buy a car which got them all back to Minidoka to rejoin their families as the camp closed in 1945.

The Terayamas eventually found their way back to Auburn, WA to rebuild their lives.  Along the way Kayo met Toshi ‘Teri’ Matsumura at Imperial Lanes bowling alley and knew that she was who he was going to marry.  And they did in February 1951 in Seattle.  Daughter, Karen, was born in 1955.

By then Kayo and Toshi had started their own strawberry farm in Kent, where the Riverbend golf course is now.  In the early years, Kayo recruited tribe members from Canada and then Muckleshoot to work on the farm.  Later, many teenagers and young adults had their first jobs on the farm learning what hard work was and what it took to earn a dollar.  Before and after harvest time, Kayo taught a smaller group how to drive a tractor and the big trucks.  Toshi taught them how to weed.  Kayo’s Berry Farm was also known as the largest U-pick strawberry farm in Kent with hundreds of customers daily during the season’s peak.

In the 1960s, they lost the lease on the farmland and needed to find a new career.  They were still deciding when Kayo’s temporary job at a construction site gave them the answer.   At the completion of the building, landscaping was needed.  This time Kayo’s Japanese heritage worked to his advantage.  It was assumed he would know how to landscape.  However, Toshi was the one with the plant knowledge and maintained their perfectly manicured yard at home.  So they both got hired.  This was the start of Kayo’s Landscape.  They designed, planted and maintained many yards and grounds at Meridian Valley Country Club and other houses in the area for 20+ years.

Golf was their passion post retirement.  Both playing and watching pro golf.  They sold their house to move to a condo in the valley.  Kayo chose this location because he could walk daily past the golf course where his strawberry field was.   Toshi passed away in 2011, but Kayo continued to walk daily and manage on his on own.

In 2015, Kayo had a stroke which required him to move where help would be available.  He had the best and most loving care at his Adult Family Home in Federal Way.  The owner could get him to smile even at the end.

Kayo is survived by his daughter and son-in-law, Karen and Tom Little, his sisters Rits Hamamura and May Terayama and numerous nieces and nephews.

Kayo was predeceased by his wife Toshi, his brother Morio Terayama and his sisters, Yo Ouchi and Sue Nakata.

I hadn’t realized how much Karen looks like her dad! He had a life well lived and was lucky to have worked with soil in his hands for so many years. He also must have been a very loving man and supportive father for Karen to have excelled and achieved such success. I always felt welcome in their home and enjoyed many New Years celebrations – Toshi would be buzzing around the kitchen and Kayo would be sitting in his chair silently smiling at all the people talking and many preparations. My impression is that he was tough like a… Read more »

A life full of achievements to be proud of. Rest in peace.

What great man he was, so much history all that he achieved, I loved talking about gardening with him! So much wisdom, we will miss him! Roger and Barbara Clairmont

So happy to have known Kayo and Teri. Loved Kayo’s smile and will always remember New Years celebrations at their home. What a privilege to be invited. Warmly, Linda and Gary Wagner

I am deeply saddened by the news of Kayo’s passing. Belatedly, I am also deeply saddened by news of Teri’s passing. These two amazing friends will be sorely missed. As a teenager and a neighborhood kid, I worked summers part time for Kayo and Terri in their landscape business. Kayo and Terri were always kind, thoughtful and caring. Working for them always felt like family and they always treated everyone they encountered with respect, dignity and generosity. Kayo and Terri taught me the meaning of hard work and perseverance. Their life-work lessons have served me very well my entire adult… Read more »

What an extraordinary life!