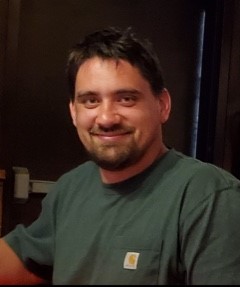 Keith Douglas Arns was born in Federal Way, Washington on May 4, 1991.  He came out with one hand waving, as if to say “Hey world, I’m here!”  He had a zest for life and was quick to walk, run and ride his bike.  He was a strong and rambunctious kid and he had a big laugh.  His Mom and Dad remember that no one could believe that such a big sound came from such a little guy.

Keith attended Silver Lake Elementary School, Saghalie Middle School and Decatur High School.  He didn’t like school work, but loved going to school to be with his friends.  In his early years, he played soccer and baseball, but quickly shifted his focus to swimming where he excelled.  Swimming came easily to Keith – his friends called him “Fish.”  He swam for his school as well as the Valley Aquatic Swim Team, King Aquatics and the Twin Lakes Swim Club where he and others still hold a record for the 200-meter team freestyle.  He swam the butterfly beautifully.

Keith was responsible for one of the great moments in family history.  While golfing at a family wedding in Vermont in the 1990s, Keith successfully launched a golf ball over a major water hazard after most of the adults had failed to do so.  Keith, age 7, bounded around the course in unrestrained glee yelling “Did you see that?!  I’m a kid!  I’m only 7!  I’m a kid!”   You did not have to be there.

Keith was big and strong and as he grew up, he added wrestling and football to his sports.  He loved playing defense on football because of the action.  In the later years he occasionally challenged unsuspecting friends to swimming races, typically to their detriment.  Keith threw shot put for his high school track team, and on one occasion convinced a couple of other big kids that the shorter they wore their shorts, the farther their shot would travel.

Keith, his sister Katherine, and his Mom Juli hiked 90 miles around Mt. Rainier on the Wonderland Trail in 2016.  On the trip, he carried Katherine’s backpack as well as his own when she hurt her foot, and he took care of both his Mom and Katherine.

Keith remarked during the trip how he appreciated what he had learned in Boy Scouts and how much it had helped him in the years since.  He earned the rank of Eagle.   His least favorite part of Scouts was the uniform, but he tolerated it for the monthly excursions outdoors.  A favorite trip was the Bowron Lakes in British Columbia where he canoed and hiked – portaging canoes from one lake to another.  His father Bill, his Mom Juli and his sister Katherine, as well as lifelong friends Chet and Vickie, all joined the scouts on this trip on one occasion or another.

Keith was a strong kid who liked getting into mischief, but he wasn’t mean and he had a very kind heart.  He protected those who needed protection and he was the one who kept the bullies in line. His lifelong friend, Riki, says Keith always noticed the person at the back of the room who was going unnoticed.

After high school, Keith spent a few years in Arizona and then Ellensburg/Yakima playing football and learning the HVAC trade.    During this time, he also participated in Mixed Martial Arts where fans knew him as “Bam Bam.”

Keith loved the Seahawks, a bond that he shared with his father Bill and the rest of his family.  He was a caring and attentive grandson, spending time and living at different times with both sets of grandparents.  Where others struggled to do this, he honored them by being honest with them, and letting them be honest with him.   He was especially helpful with his Grandpa Doug who had reduced mobility due to polio.

Keith Douglas Arns left this world far too early on July 14, 2021.  He is remembered and survived by his parents Juli and Bill, his sister Katherine (and her husband Michael), his grandparents Keith and Mary, and many other aunts, uncles, cousins, and first cousins once removed.  A memorial service will be held in his honor at 1 pm on Thursday July 22nd at Southminster Presbyterian Church in Des Moines, Washington.  The family appreciates your support and requests that any donations in memory of Keith be sent to Nexus Youth and Family Services (www.nexus4kids.org) or Shatterproof (www.shatterproof.org).