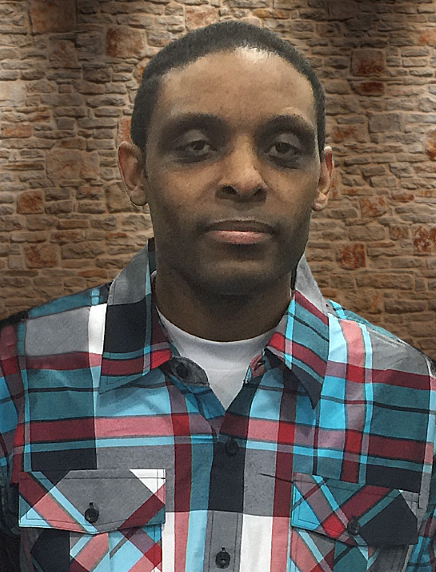 Kerwin DeWayne Duffie was born February 25, 1979 to Joe and Jacquelyn Duffie. They had waited 10 years after having Joe, Jr. He was named even before he was born, and everyone would refer to the Duffie’s unborn child as Kerwin. His siblings were so excited and mom Jacquelyn, who had selected his name from “True Confessions”, was on cloud 9.

Kerwin loved music, dancing, bowling, and loved going out to eat, especially at McDonald’s, where he would order his favorite combo of Big Mac, fries, Sprite, and apple pie. Once at a Mariners’ game after gobbling down fried chicken, potato salad, and corn, he was ready to leave by the third inning. His mother admonished him to sit down and let her enjoy the game, and to be glad that he was the last baby that they could spoil.

Kerwin also enjoyed watching movies, even the scary ones. He would laugh at his mother, saying, “It’s okay.” He also loved watching baseball and soccer games from his deck.

Each year the family would stay for several days at Homewood Suites from where they could watch the Tukwila fireworks display at Fort Dent. And, of course, eat all of Kerwin’s favorite foods.

Kerwin will be united in burial with his brother, Joe, Jr. who preceded him in death on June 26, 1993. He is survived by his parents, Joe and Jacquelyn Duffie, and his two sisters, Jacquelyn Pleasant (Charles) and Renae Nilles (Jamie). He was a loving uncle to nieces Jackie Jamison and Shaniqua Nilles, nephews DeSean White, Cea-Jae Jamison, great-nieces Nevaeh Rose, Ahja, Zoey, Nyla, Gigi, and great nephews Christopher Jr., Key-Andre, and Kaveyl.

Kerwin will be greatly deeply missed by his family, friends, and all who knew him. The date for A Celebration of Life will be set for later this summer.

Joe and family So sorry for your loss, Kerwin was a great person, best smile ever and loved seeing it. I have great memories of Kerwin while going to school with him.

To my cousins, Joe Henry, Jackie, Debbie, Renae and the entire Duffie family remember God has you covered by His love and we have you covered through our prayers. Seek God’s word for continued peace as He will see you through the days to come. Our beautiful Kerwin will be truly missed as he and Joe Jr are reunited and at rest in Heaven.

Dear Joe and Family,
I’m very sorry to learn about the loss of your son, Kerwin. To lose a child is tragic , full of sorrow.and you have my deepest sympathy. Please try to be at peace with the memories of the good times that you shared with him. You will meet again in a better place free from sadness ,sorrow and pain.
With Sympathy,
Mike West