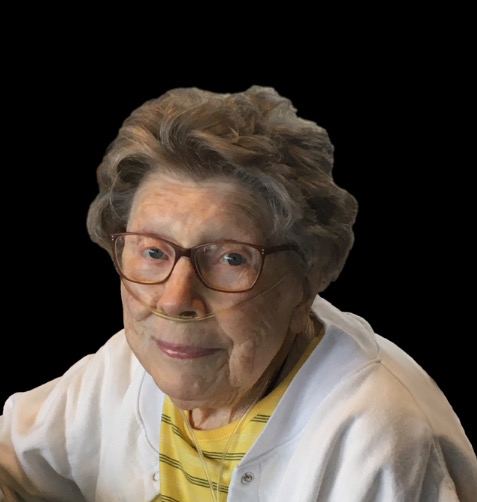 Margaret Elizabeth Carver, aka “Tootsie Banner”, beloved wife and mother, passed away on June 28, 2020, in Burien, WA, just three days after her 93rd birthday. She was born June 25, 1927, in Coeburn, Wise County, VA, the 5th of 6 children, to William Barney and Mazella Lee (Gillenwater) Banner. Margaret was nicknamed “Tootsie” by her brother, Leon, when she was born. She was known as Tootsie, growing up, by her family and friends. Her family moved to Hillsboro, OR., when she was a child, to join other family members who had settled there. Tootsie was very out-going and made friends, easily. In high school, she was a member of the Pep Club, as well as a Cheer Leader her junior and senior year, and Senior Class Secretary. She graduated from Hillsboro Union High School in 1946. She met her husband, Dave Carver (who called her Margie) in 1946, and they married in 1947. They had two children, Christy and Douglas. They loved spending time with family, traveling, and time in Kauai. She and Dave enjoyed 71 years of marriage, until his passing in 2018. She was a member of the Order of the Eastern Star, Salem Chapter #162 O.E.S., for over 60 years. Margie was an artist, and while living in Glen Ellen, IL, won First Place, at an art show, as well as being asked to hold a, “One Man” show of her paintings; which was very successful. While living in Seattle, in her early years, she was actively involved in philanthropic organizations, supporting Leukemia research, at Children’s Orthopedic Hospital, and was a Brownie and Girl Scout leader, as well as Girl Scout Neighborhood Chairman. Margaret was preceded in death by their son, Douglas Carver, in 2006, and her husband Dave, in 2018. She is survived by their daughter, Christy Fancher (Steven), Bremerton, WA; Her sister Jo Nelle Banner Foerster (Jim), Tigard, OR; Grandchildren Michael, Jon, Megan, Benjamin, and Ian; Great-grandchildren, Christian, Kyle, Jamieson, Hailey, Savanna, Jaidyn, Nathan, Jackson and Easton, as well as Great-Great-Grandchild, Soraya, and many nieces and nephews. Due to the COVID Pandemic, services will be held at a later date. In Lieu of Flower Memorials, please make a donation to the Seattle Union Gospel Mission, for the homeless, in her name.

Christy,
I was sorry to read of Marge’s passing. I met her just before Mom and Leon were married and her introduction to me was, “I’m Aunt Tootsie!” and then gave me a big hug. I was immediately charmed! She was colorful and buoyant and although our interactions were few, I smile when remembering her.

Christy,
Sorry to hear of Marge’s passing. It was always uplifting to be around. Again my condolences, cousin.