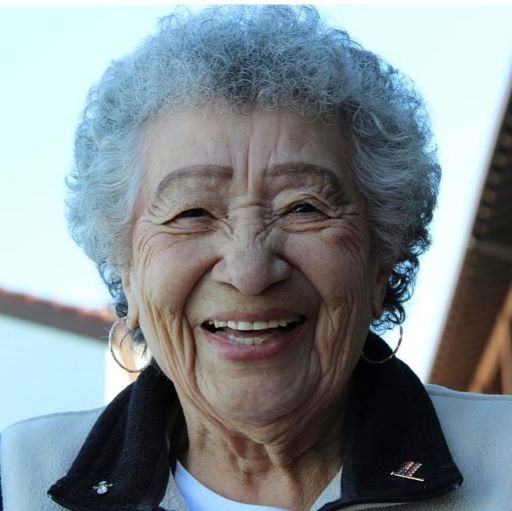 May 20, 1926 – November 16, 2022
Rachel Moran Pederson was born on The White Earth Indian Reservation in northwestern Minnesota—she was the daughter of William C. Moran (Sisseton/Wahpeton Dakota) and Annie King Sullivan Moran (White Earth Band, Ojibwe/Chippewa). Soon after her birth, Rachel moved with her family to live on her father’s reservation in South Dakota.

As a toddler, Rachel contracted tuberculosis, the same disease that at that time claimed the life of her mother and infant sister. Once diagnosed, she was sent to live in the Sac and Fox Tuberculosis Sanatorium in Iowa, where she spent several years recuperating. After her recovery, Rachel was then sent back to South Dakota to live with her Grandmother and Dad on the reservation.

Rachel married Theodore Martin Pederson in Seattle, her husband of 54 years. “Ted” was the love of her life until his death in 1999. Ted and Rachel began their life together on one of the last small, urban farms in SE Seattle, next to what is now Othello Park. Once their small farm land was developed, they moved to Rainier View where they lived for several years. Eventually they settled in Renton, WA.

Together they raised four children. Rachel is survived by her son Ted Jr. (Pam), Shirley (Thomas), and Karleen (Jeffrey). She also leaves behind many grandchildren, great-, and great-great-grandchildren. She was preceded in death by her son Richard, grandsons Andrew, Alex, and granddaughter Rochelle.

Rachel was a devoted mother to her children and when her youngest entered junior high school, she returned to work as a hospital cook. She worked many years at Doctors, Swedish, and Providence Hospitals.

Rachel is remembered for the great love she held in her heart for her family, her delicate yet extremely hard-working hands, a talent for gardening, her love of laughter, and for being a wonderful cook.  Rachel was also known as the grizzly of Mama Bears. She provided an immense amount of love and support to her family.

In lieu of flowers, family asks that you consider a donation to a favorite charity in her name. (One to consider is United Indians of All Tribes Foundation in Seattle, WA) A small private graveside memorial will be held for immediate family. A celebration of Rachel’s life is being planned for Spring 2023.

Our family wishes to thank all the wonderful staff at GenCare Lifestyle in Federal Way, for the wonderful and loving care provided to our mother as she faced each challenging day while dealing with Alzheimer’s disease. Just like Rachel, we want you to know we consider all of you at GenCare as members of Rachel’s family. 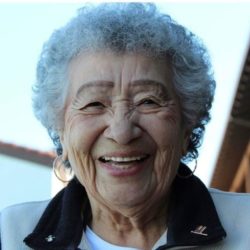 I only met her a few times, but will always remember her smile, laughter, and sense of humor.

Sending hugs to all who knew her.

I met Rachel(mom) in the early 60’s. You see she became my mother in law in 1966 until she joined those in the family that have gone ahead. Rachel’s life was tough, much tougher than any one person should have to endure. That’s what made her the mom she was to her kids, grandkids and us in-laws. Honest, protective and loving. Oh, and you didn’t want to get on the wrong side. Mama Grizzly she was. Going to miss her, the Indian words at the table and her little voice singing favorite hymns and songs. Love you Mom.

Rest in love, Rachel. We met just once when you came up with Stacy to see my girls at their Native American family day when they were elementary school in Woodinville. It’s obvious what a strong woman and mother you were . Thank you.

I never met Rachel but Shirley has shared so much about her that I almost feel like I did know her. And I will never forget seeing some of the videos of her singing, especially one when she sang God Bless America about a year and a half ago. My thoughts and prayers are with all of your family during your time of loss.

Wish so much that I had met her. Now it will be in heaven

Our heart felt condolences for your loss.