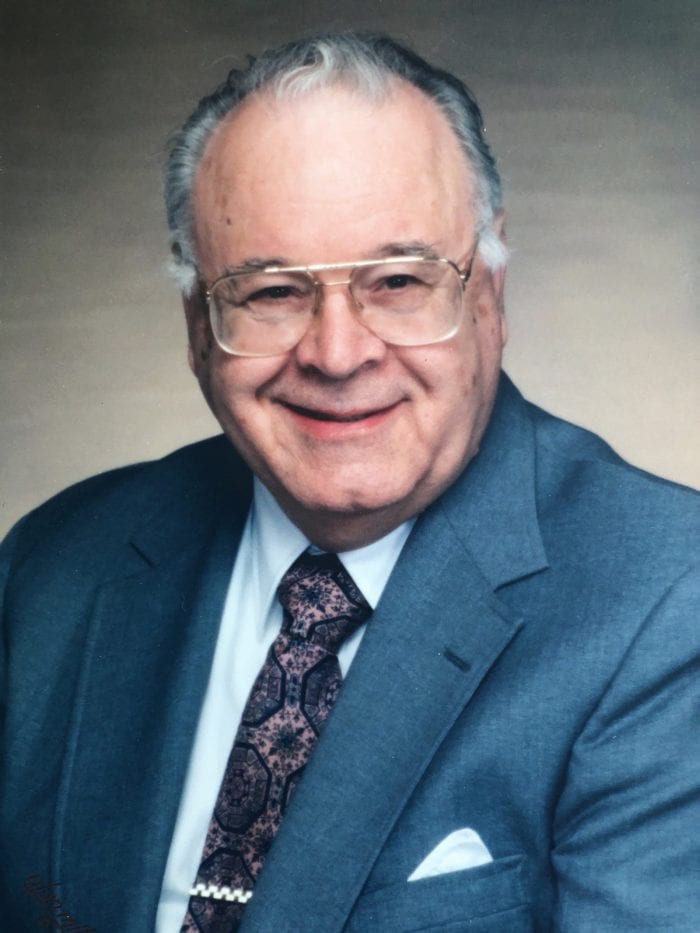 Richard “Dick” E. Ferguson, 94, of Burien, WA passed away on November 13, 2019. He was born in Heppner, OR on Oct. 20, 1925. Dick enlisted in the Navy during World War II, and met his wife, Mary, a Navy WAVE while they both served in California. They were married in 1946.  After being discharged, Dick completed his engineering degree at Oregon State College (now Oregon State University) and worked as an engineer for the Boeing Company for 36 years.

He was very active in the Boy Scouts of America serving as cub master, Scout master, and commissioner. He was also active well into his 80‘s at SPEEA, the Seattle Professional Engineering Employees Association, and the Engineering Retirees Association.

Dick’s family was his greatest delight. He is survived by his four children, Rosemary Hutchinson of Portland, OR, Kevin of Burien, WA, Brian (Aileen) of Poulsbo, WA, Patrick (Linda Jo) of Ridgeway, SC; 6+ grandchildren and 7+ great grandchildren. He was preceded in death, in 1999, by his precious wife, Mary.

I remember all the work Uncle Dick did in researching our family lines and those family trees that he put up at family reunions, which stretched a long way!!! Diane and I were fortunate to be able to visit Scotland this past summer and I so appreciate of what Uncle Dick shared to encourage this trip…. It has resulted in many memories. Thank you Uncle Dick sharing all of this – say hi to my dad as you walk through the gates of heaven!

I remember as a youngster maybe 6 years old going to Herron Island with Uncle Dick and family, my siblings, and Grandad E.O.Ferguson and Grandma. It was a lot of fun being on the beach. I remember being at Uncles house playing board games like stratego. Remembering Christmas, and Family reunions in Seattle, Gold Beach, Heppner, Boring and Beaverton. May GOD hold you in His hands.

I also enjoyed our Thanksgiving and Christmas get together as kids, I loved to see my cousins, even when I found out I was the annoying little girl to one of my older male cousins! The reunions were wonderful for us to get together and remember each other…and like Joe said to see the miles of family trees that Uncle Dick worked on. I didn’t fully appreciate that back then but I sure do now. I have a tree started on Ancestry.com and it is time consuming. But….Ancestry will give you hints of who your relatives could be, Uncle Dick… Read more »