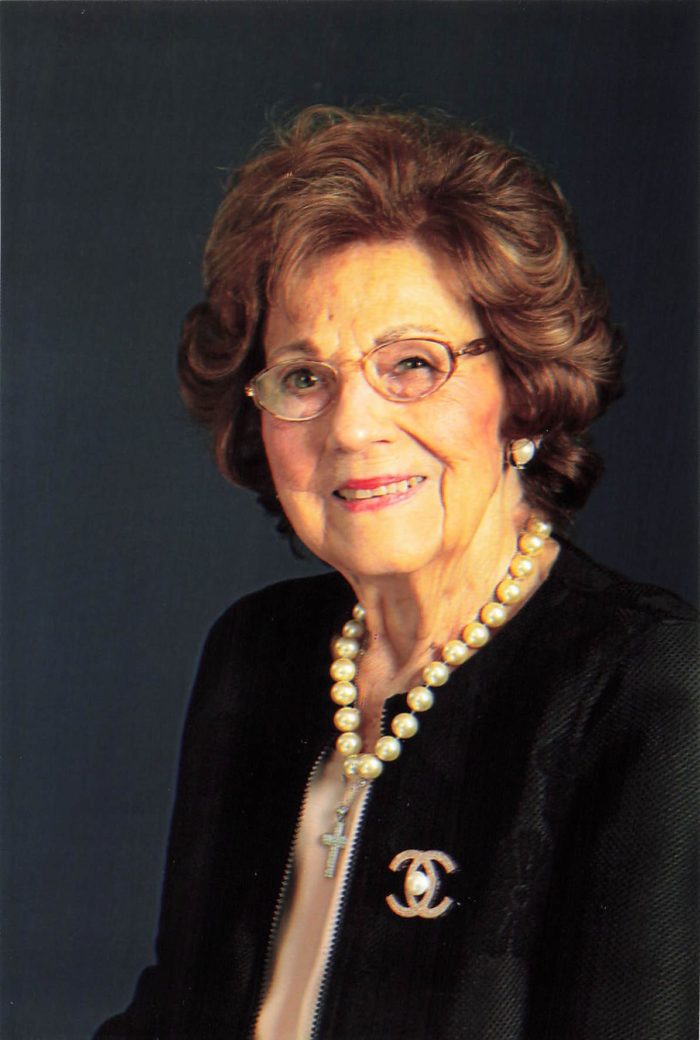 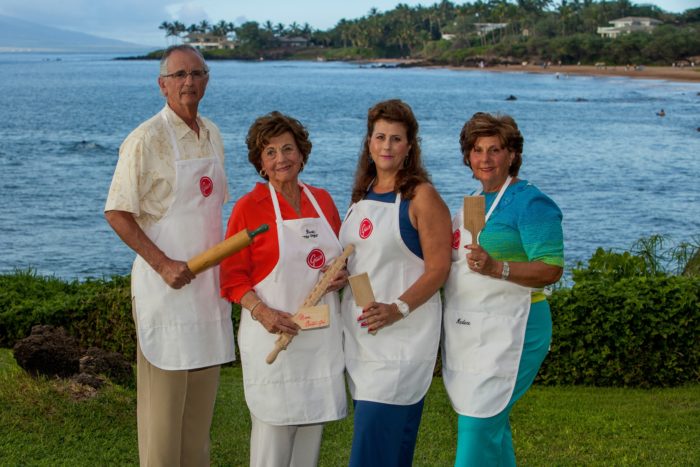 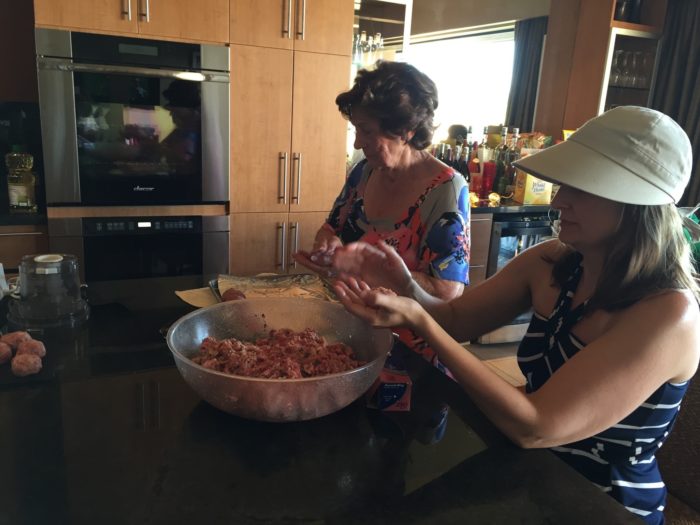 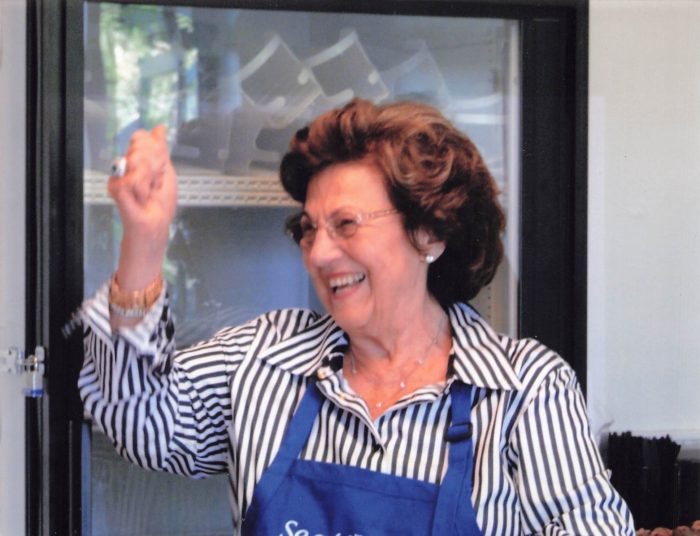 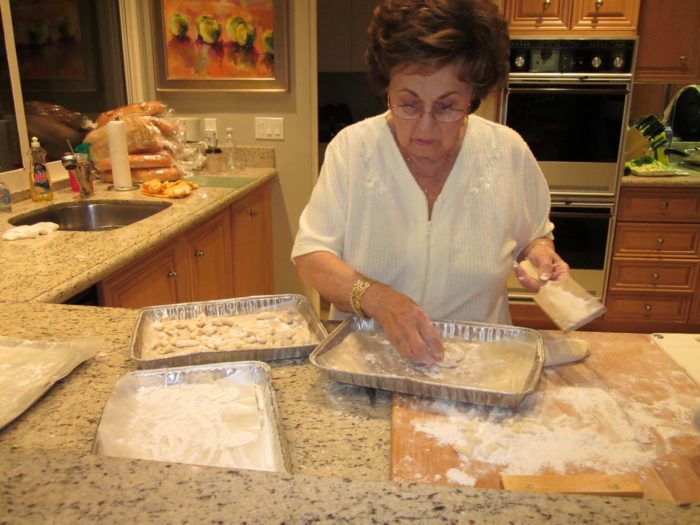 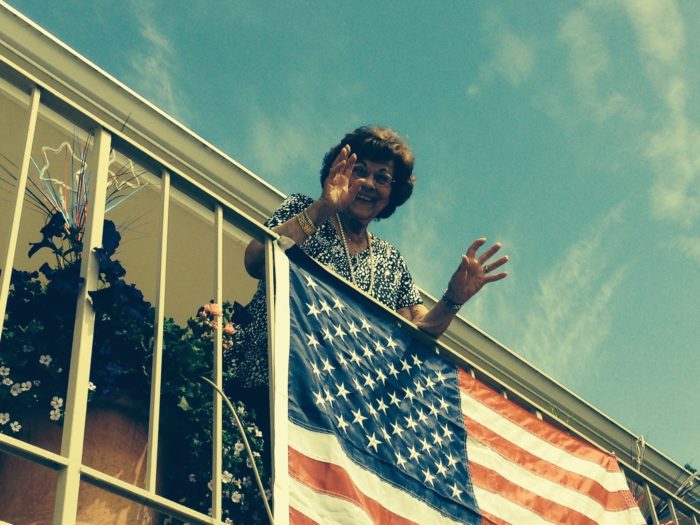 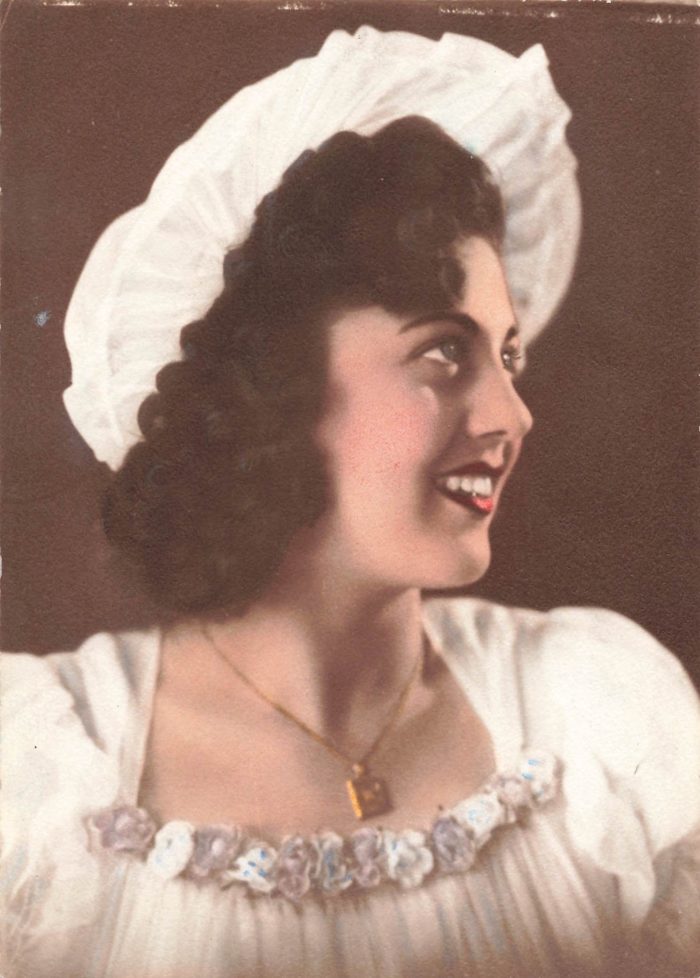 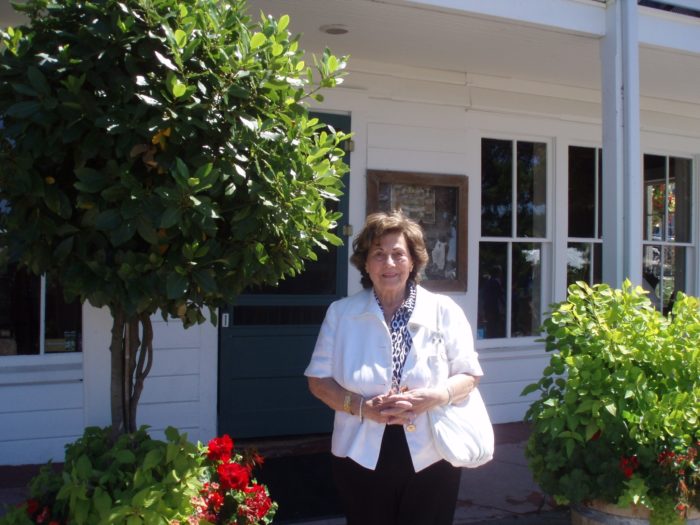 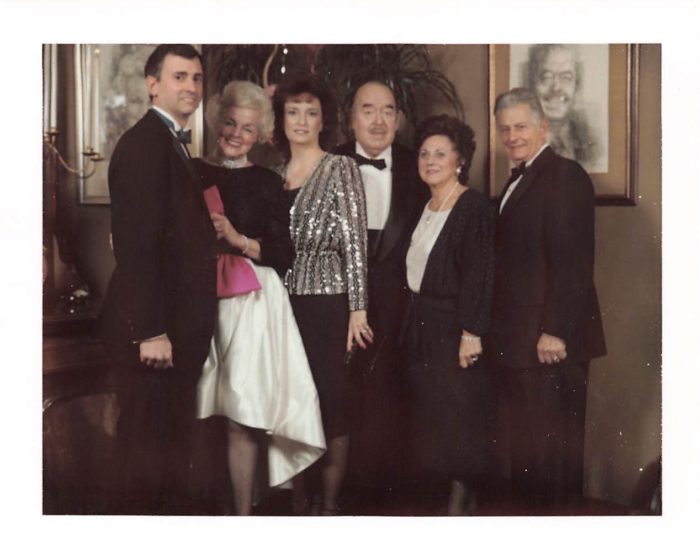 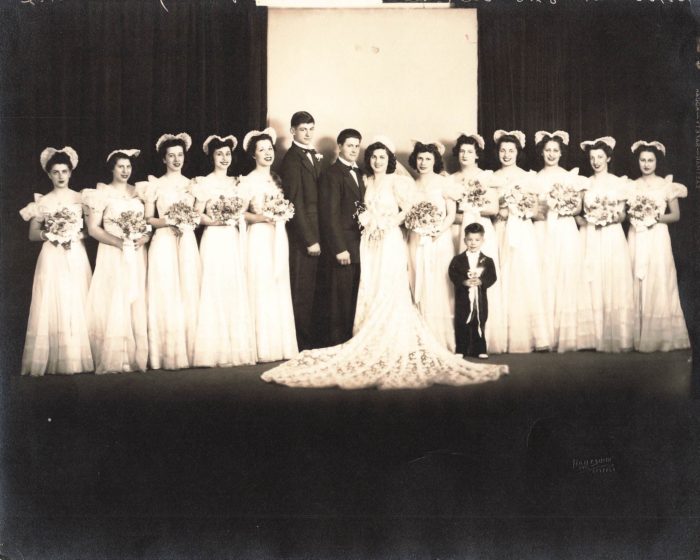 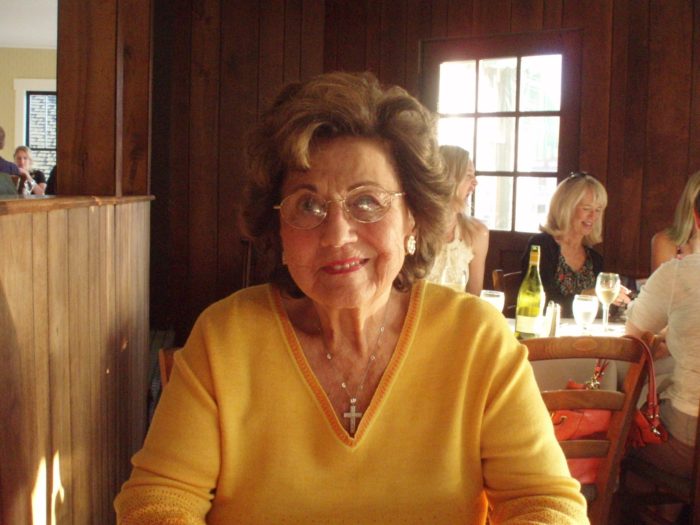 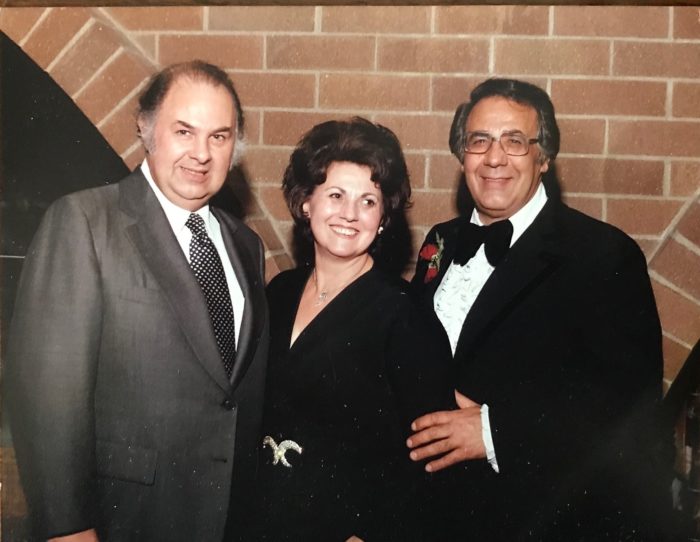 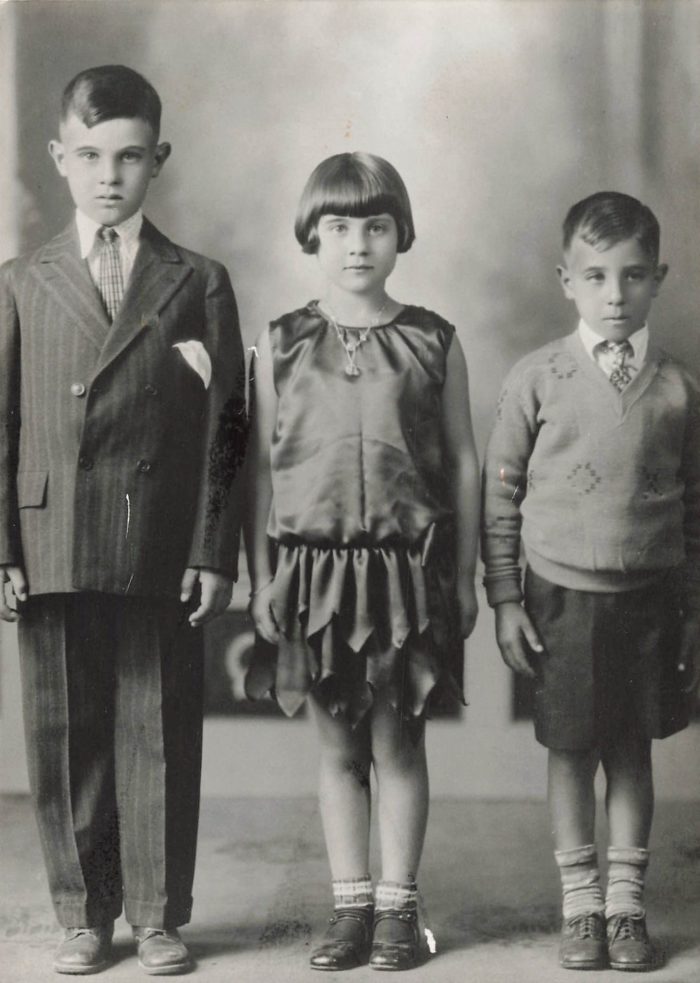 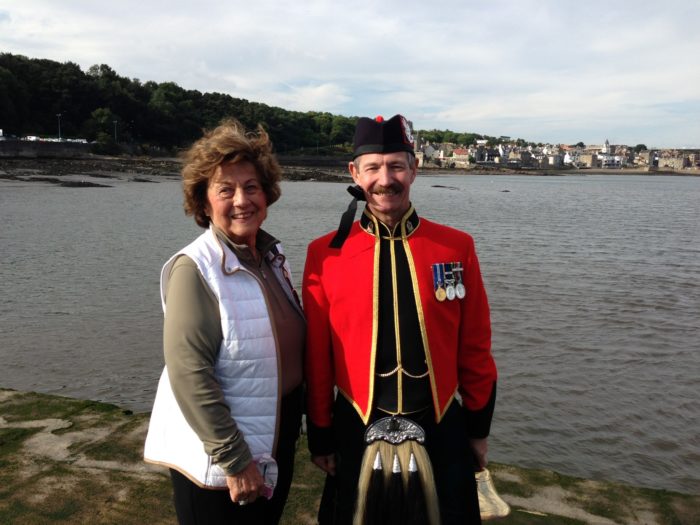 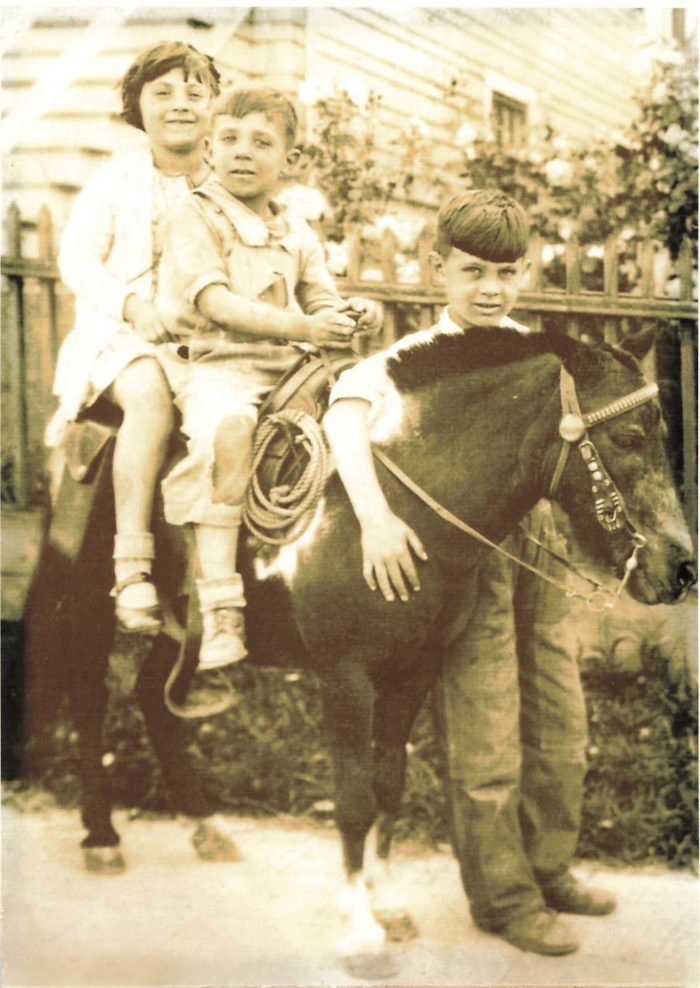 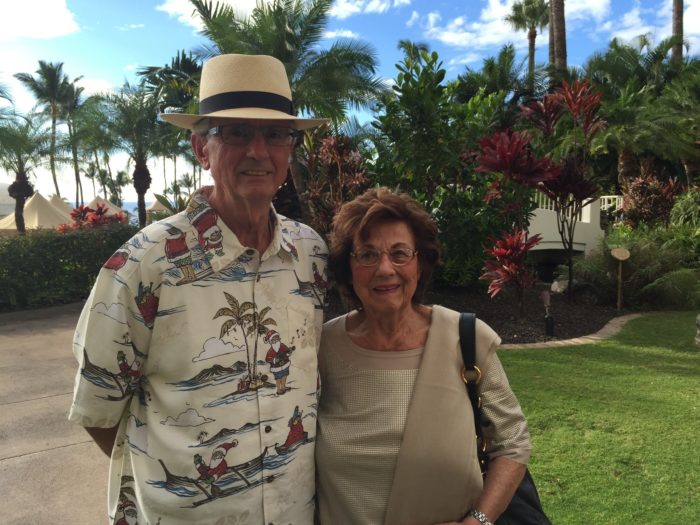 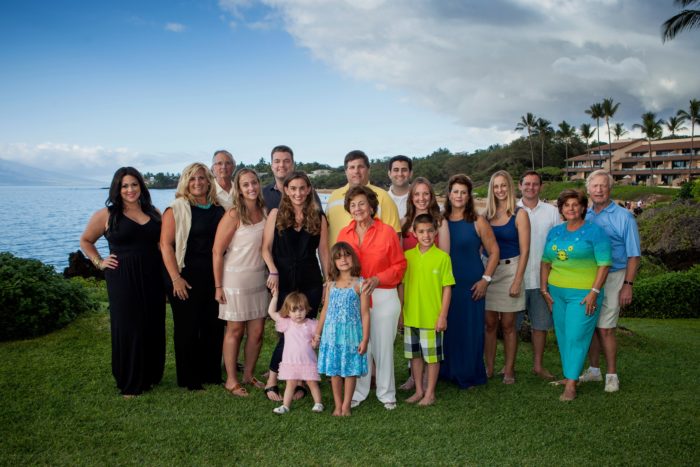 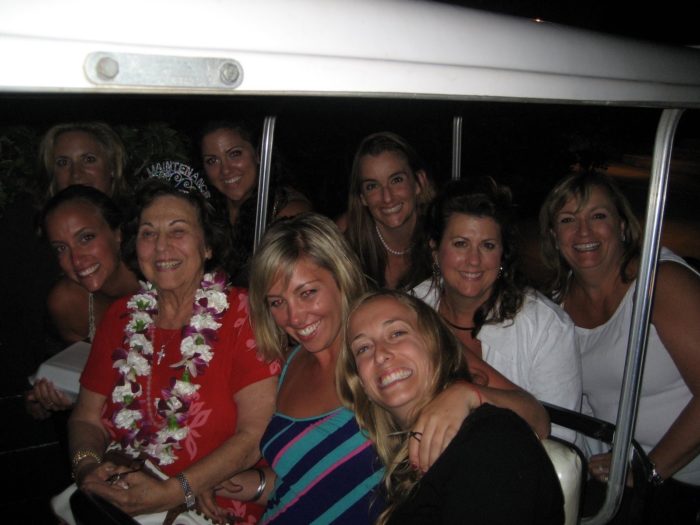 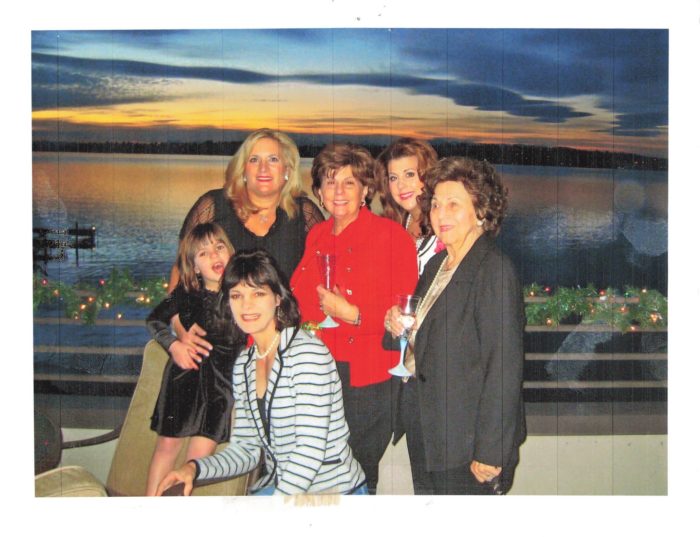 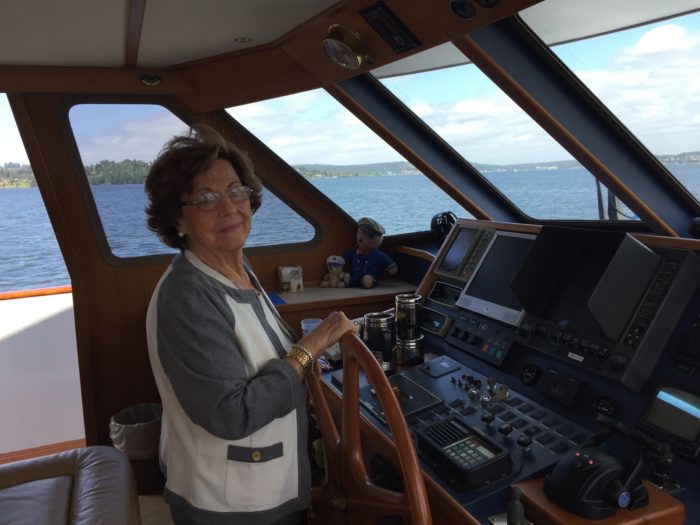 Although young at heart, Rosemary Ann (Gai) Scalzo, 96, passed away at her home the morning of May 4, 2020. Every one of her days was spent building a life of love, family, faith, and community.

Born “in the bakery” on June 10, 1923 to Giglio and Cicilia Gai. Rose and her brothers, Henry and Phil Gai, grew up in their two-story home that served as their first family bakery. In 1941, her parents bought Seattle French Baking Company. Gai’s Bakery later moved over to its current location at South Weller and Jackson Streets.

After attending Garfield High School, Rose married Victor Scalzo where they started their family on Dearborn Street until they settled in Yarrow Point to raise their three children, Marlene, Steve, and Debbie. Her home was open to all, whether it was a festive Fourth of July party or a sunny day on the lake, it always served as the centerpiece of her family.

Rose was a part of the fabric of any community or organization she touched. She was a dedicated parishioner at Sacred Heart Parish in Bellevue. She and her husband helped build the Clyde Hill church and school facilities where their family spent every Sunday attending mass.  Her Italian heritage was able to shine when she started the first Sacred Heart Parish Italian Dinner. She founded the Cicilia Gai Orthopedic Guild and the Eastside Chapter of the American Cancer Society and she spent countless hours volunteering at Overlake Service League, Catholic Childhood, Children of Mary (Forest Ridge School), Ryther Child Center League, and the Seattle University Mother’s Club Board. She was always the first to raise her hand when the cause was for education and community.  With her dear friend, Victor Rosellini by her side, they started the Forest Ridge School Auction and the Seattle Preparatory School Auction in 1965. Many schools nationally followed her footprint. She was graciously acknowledged by Forest Ridge School with an Outstanding Service Award in 1985 and honored as a SPREE Honoree by Seattle Preparatory School in 2009.

Rose enjoyed life and she loved to travel. She and her husband had many adventures during his time as President of Associated General Contractors (AGC) representing his second-generation family business, Thomas Scalzo Construction and Heavy Hauling Company, which he owned with his brothers Joseph and Robert. She also never missed an opportunity to vacation with family on the beaches of Maui and the warmth of Palm Desert. But, she was at her best when she could entertain at her home.  She hosted Italian parties, Fourth of July parties, and countless birthday and dinner parties. Everyone wanted her ravioli, meatball, and cookie recipes. If she wasn’t prepping the next big Italian meal for her friends and family, she found time for the golf course, playing bridge, or cruising the Puget Sound on the family sailboat, RoVic. She was a longtime member of Overlake Golf and Country Club and Meydenbauer Yacht Club. Those who spent time with Rose will have their own experience of how she made them feel special: her warm greetings, her open arms, her sharp wit, and her determination for living every day. She will be deeply missed by her family, friends, and the community she loved.

The family would like to thank Doctor Teng and Doctor Su for their many years of care and concern, as well as her caregivers Rose, Robia, and especially Martha for her gentle touch and caring heart.

Rose will be laid to rest near family she cherished and loved, in a private ceremony at Calvary Catholic Cemetery. Rose’s family will plan a Mass of Christian Burial and a celebration to honor her life when it is safe to gather.

Truly sorry for your loss.

RIP my dear Friend your unforgetable memories will stays in my heart for ever and ever.🙏🙏

I had Dinner several years ago in Palm Desert with Rose and Dorothy Gai an evening I cherish and will never forget.
God Bless You Rose!!!

Dearest Rosemary our family will miss being your neighbor terribly. Thank you so much for always welcoming us with your warmth and grace. You exuded immense kindness and class. We will never forget you, beautiful Rose.
Love, The Bennett family
Todd , Julee , Brooke, Drew and Reagan

To the Scalzo, Miller and Centioli Families, I am sorry for the loss of your mother. I remember when she hosted the Seattle Prep Football Team at their home on Yarrow point when John coached. I know my Father, Dr. Jim Layman always spoke highly of her and Mr. Scalzo. I also know my Mother worked with her on Seattle Prep Spree events and at the Seattle Prep Mothers Club functions. Your families are in my thoughts and prayers

She will be missed.

We love you Auntie Rosie, we will miss your beautiful smile. Our families have another angel up in heaven. May you Rest In Peace and hug our Grandpa Phil ❤️

She was a lovely lady and I am glad I had the privilege to know her. My sympathies to her family and extended family

Condolences to the Scalzo family at the loss of your gracious and loving matriarch.

Christian Ursino on behalf of Rocco Ursino (RIP) and the Ursino family.

May Rose lavish you with peace and comfort. I taught Annemarie at Forest Ridge and remember what a loving family you are. I am praying to Rose for you.

So sorry for your loss.

I will always be grateful to Rose for the very gracious and kind welcome into the Scalzo family.

My wife and I are saddened to hear the news of Rose’s passing. Rose was my most gracious godmother. I will always remember her smiling thoughtfulness during holidays and when gathering the relatives together for a summer get-together. Our deepest sympathies, Bob and Alice Saltarelli

The lovely photos brought back so many wonderful memories! Love and miss her. Sending you lots of love

We’re sending all of our love and prayers to the Miller, Scalzo and Centioli family. I always see a sparkle of light in everyone’s eyes when they talk about Rose – just like hers. Thank you for sharing the photos and I look forward to hearing more family stories as Rose touched all of our hearts. She always made me feel so welcomed to the Scalzo family. She will be missed and celebrated! ❤❤

Unfortunately I didn’t know her, but she must have been a wonderful mother to have produced a son who is such a good person.

To John, Marlene, Steve, Debbie and to all the Miller, Scalzo and Centioli families. Auntie Rose was was always a kind, gentle, graceful, guiding light in my life. I am going too miss our meaningful conversations; that lead me to her unique gracious perspectives on life, faith and living.
She will be greatly missed.
Love and prayers.
Paul

Rose was always so kind and thoughtful, keeping in touch and including us in fun times together. My mother Teresa, first cousin, is standing next to her in the wedding picture. Marlene, Steve, and Debbie, and your families, you have been loving and attentive children and a great blessing to your mother. The photos are a beautiful tribute, anticipating when we can get together to honor her and console you with all our love. Julie and Larry Jones

Steve, Marlene & Debbie, I was sorry to hear of your mothers passing. She lived a long and fruitful life spreading love. My thoughts are with you and your families.

What a great lady. Her obituary was the perfect reflection of her life. She was so warm and gracious to everyone. So sorry for your loss.

A truly lovely, beautiful lady. I am fortunate to have some of her Italian cookie receipes. Memories of sausage making gatherings at their home.

Gary and Charlyne Young
What a lovely lady. We will miss seeing her in the desert kitchen.

A wonderful tribute – I am sorry for your loss
❤️

Rose was a delight to know. She will be fondly remembered by all who knew her. Barbara silver

Godspeed Rose… I have such lovely memories of you… love and prayers to your family..

I have many, many fond memories of the Scalzo clan over the years, through Sacred Heart Parish and School. Marlene and Steve, and Debbie, my condolences to you. May your mother rest in peace.

Love you Aunt Rose, I will miss you so much! Your in my heart forever! Hugs to Dad and Uncle!

Condolences on Rose’s passing. What a wonderful story you told of her life in the obituary. It sounds like she was a real contributor to the well being of others. Your rich Italian history came through in your story. My mother, Sue Perrone/Cleaver (daughter of Alex and Mary Perrone) lived next door to Joe Scalzo. Sue’s brother, Frank Perrone and Joe were good friends along with all of Joe’s boys. Frank went to work for the FBI in San Francisco but would always visit the Scalzo’s and others on his Christmas trip home every year back then. There is such… Read more »

To the entire Scalzo Family,
We send our love and prayers for comfort for your pain and for thanksgiving for Rosemary’s life well lived.
The Caruso Family