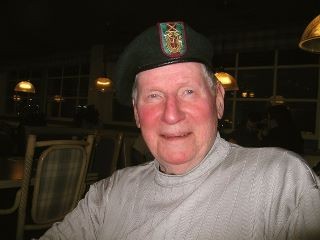 Thomas C. Regan was born in Fernwood, Mississippi January 6, 1931 to Thomas Regan and Elizabeth Fater-Regan, and was their only child.  His father was in the Navy, so Tom relocated to Brooklyn NY and lived with his grandparents.  His grandfather was a precinct captain.  His uncle was a lead detective with the NYPD.  After his father’s military duty, they moved to California.

Tom Joined the Army at the age of 16 with his parents’ permission.  He spent time in Korea and Japan with the Army Rangers; different groups in the 1st CAV and later joined the Special Forces and remained active in the reserves.

He joined the King County Sheriff’s Department in 1956. Over his 34 year career with the Sheriff’s Department he performed many duties which included motorcycle officer, K-9 unit, patrol Sergeant, and a professional dive master.  He was the founding father of the King County Sheriffs Bomb and SWAT teams.  He led many missions over his time with the force.  Early in his career he worked the hydroplane races and jumped from the helicopter saving several different hydro drivers.

After he retired from the force he and Diane traveled.  Whether it was on a cruise or going to beautiful beaches, they were loving life.  He loved to take his scuba gear, to see the beautiful oceans around the world.

He is a lifetime member of Special Forces Association, IABTI, Burien Elks Lodge #2143, and the NRA.

Preceded in death by his 1st wife Patricia and daughters Patty and Karen, and survived by his wife Diane of 43 years, daughter Cathy Hodapp/Dan, son Joe Regan/Lisa, and had 8 grandchildren and 1 great grandson.  He was a beloved husband, father, grandfather, and friend.  He will be greatly missed but never forgotten.

The family has requested no flowers.  Remembrances may be sent to Cystic Fibrosis Foundation or Disabled American Veterans. 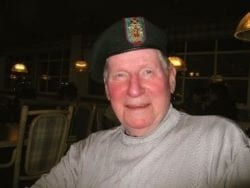 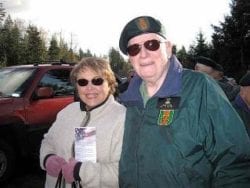 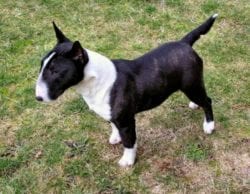 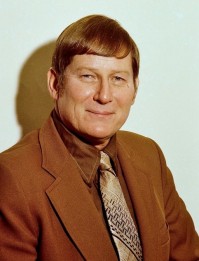 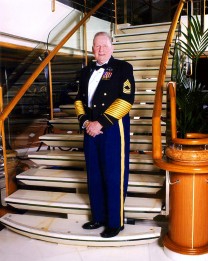 I did not know Mr Regan well, he was a member of an Infantry group I belonged to. In the brief period of time I knew him, he acted as a mentor, teacher, and leader among a group of sometimes hot headed, loud, and raucous group of grunts. He was unassuming but when he spoke we listened. His loss is felt by even those who barely knew him at all. Wishing I had got to know him sooner.

Rest In Peace! May God watch over your family and friends and comfort them in the knowledge of the lives you saved, the many you touched, and the legacy you have left behind.

RIP Thomas. I am Honored to have known you. Your advice was always welcome. You were a wealth of knowledge, and I always enjoyed what you had to say. Rangers Lead The Way!

I dont have the words, but he will be miss RLTW

I never met the Great SF Master Sergeant, but learned my great things from his posts on FaceBook via the Infantry group. See you Heaven one day Sergeant!!! May the Lord watch over those you left behind, Airborne All The Way!!!

There is a Bible verse that very aptly describes Tom’s life and warrior ethic.

Also I heard the voice of the Lord, saying, Whom shall I send, and who will go for us? Then said I, Here am I; send me.

RIP Ranger Regan. I will miss Your comments. See you at the LZ. Rangers Lead The Way.

I only knew Thomas(I called him TR) from the internet. He was a great chat friend and we had often talked about our kids, dogs and wine. I was deeply saddened to hear of TR’s passing. My sincere condolences to his family and friends. He was a great man, and a good friend to so many. I will miss our conversations very much. I only wish I could have met TR in person. RIP TR. You will be missed.

I was just chatting with Thomas on Facebook on Friday, January 6th, commenting on his birthday and wondering if he had a child in his 40s as I knew a man when I was in the 82nd Airborne who looked just like Thomas.

The world is a poorer place without the likes of an awesome human being like Thomas.

God bless him and all of his family and friends during this difficult time.

My Grandmother-in Law also passed Monday, and my eldest son just left for basic training. It’s been a heck of a week.

I’m proud to have called Thomas a friend and a better person for having crossed his path.

MSG Thomas Regan will always be remembered by us younger soldiers! A Mentor, A Soldier, A Father, A Husband and a Great Man. He will be missed by many! May God bless him and his family. ATW

You will be missed Ranger Regan, See you on the DZ.

God Bless Thomas, his Family, and his friends. May they all find peace in their own ways. I didn’t personally know Mr. Regan but read his posts on fb. Many of them touched me from situations we had in common. I am Thankful for men like Thomas Regan. This world is a better place because of him.

Rest in Peace Brother, you will be missed.

You are one of the giants upon whose shoulders my generation of Rangers proudly stood. Thank you for leading the way.

I will miss talking to you on facebook .You were a true leader. RLTW .

Heaven is a better place now. Watch over the gates until I get there. RLTW.

Tom, it was an honor to call you my friend. Men like you simply are not made anymore. You are truly one of a kind. My heartfelt prayers go out to Diane and the rest of the family during this most trying time.

From one bomb tech to another, “Initial Success, or Total Failure!”

Tom you honor all of by your service. Thank you so much for all that you have done on behalf of your country and particularly US Army Special Forces. We who have also served in SF will always remember you as one of us.

Ranger Regan, it was an honor. I salute you as a fellow Ranger and law enforcement officer! Rangers Lead the Way!

Not gone, but just scouting out ahead. God speed Brother. Airborne !!

I tip my Beret to you sir.RIP

Rest in Peace Tom, you will be missed. DOL

Tom you will be missed. Thank you for your service to your country.

You are missed Thomas. I am so grateful for the privilege of your company. You shared so much knowledge and information about the military and life. Your loyalty to family, country and those who serve is to be admired. Rest in peace. Prayers of support and comfort to those you leave behind until reunited again. I will ~Never Forget, Ever Honor~ Laura

Tom although I never knew you, I know your service and sacrifices you made during your lifetime. RIP Warrior. The Brad Paisley song WHEN I GET TO WHERE IM GOING.. comes to mind.. You made it to the other side of the rainbow..

Tom, I was saddened to hear the news that you left us. Though I never met you I always appreciated your comments and your AAR’s after your trips with the Mrs. Especially appreciated your kindness after my dad passed, also a Korean War Vet.

Rest in Peace, thank you for your service both in and out of the Military. I shall always remember you! Condolences and best regards to your family.

My thoughts and prayers are with you all. Tom was an inspiration throughout my life.

Your Dad sounds like he was quite the athlete and didn’t shy away from challenges and living his life well. He was a lucky man. Heaven needs men like him up there………I’m sure they opened the gates wide to honour him on his new journey.

Death is a enemy that strikes at any time,any place,and so sadly any one.Almighty God has promised to remove death and all tribulation from mankind in the near future.And he will also reunite us with our love ones that have fallen asleep in death.Those promises are found in the Bible at;Revelation 21:4, and John 5:28,29.Please read them and accept my deepest sympathy.

Cathy, What an amazing career and life your father had. I know he will be missed greatly. My sympathy to you and your family. May he rest in peace.

Thank you for your service and your sacrifice.

RIP, brother. Your duty is complete.

See you on the other side.

So long Tom, it was great to have known you and drain a beer or two over the years. Our thoughts are with your family.

We have the watch.

RIP Thomas Regan. You will truly be missed by all that knew you. Godspeed. RLTW.

Diane, you loved one, tough trooper. Our adventures beneath Puget Sound revealed the character of a good and honest man. He was one of the irreplaceable men that will make him all the more missed.

I am proud to have known Tom and my prayers remain with you and the family.

It has been a long march and many jumps out of many ac these past 42 years.

I will miss you as well as a lot of other people will from all walks of life, from your law enforcement life, your military life and your wonderful life with Diane.

It has been one hell of a time.

I treasure the many great memories of the exercises we did as team mates in ODA 321, 12th SF Gp Abn, Ft. Lawton, WA.

Thomas was a Face Book friend. I always looked for his postings and would read them. My deepest sympathy to the family.

I never met Tom in person. I was fortunate to have met him thru the 728th Military Police Battalion’s Facebook page. Tom will truly be missed. Prayers will be said for the family and Tom. Until we meet at the VFW in the sky, so long brother.

Many go through life wondering what their purpose is … whether their life makes a difference. Tom didn’t have that problem. He was a warrior to the core, serving his country and community in the most dangerous and daring manner possible. I “knew” him but a short time, but it was apparent to me, that he lived his life boldly, with honor and courage. He held a deep love for his country, family, and fellow warriors. A man such as this should be emulated.

May God have a worthy mission for him in eternity. May God’s peace and comfort embrace Tom’s family and friends.

Met Tom in Facebook then at the 728 MP page.

May you rest in peace warrior.

Rest easy Tom. Thank you for your service and dedication, RLTW!

Thank you, Tom. We are all blessed for having known you. Save a place up there for the rest of us! May the presence of God comfort your family from this day forward. de Oppresso Liber

God Speed sir. It has been a pleasure to get to know you and Nuna, ever so slightly. I will meet you at the RP when it is my turn to report.

Tom will be remembered as an outstanding man who continued to provide an example well after retirement. He will be missed.

Truly a renaissance man. Thank you for your life-long service.